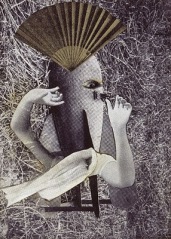 This is precisely the argument that Baudillard makes, proposing that new relationships between discourse and power in the age of information, in which Internet pornography plays a significant role, affect the ability of the body politic to produce something like “meaning” at all. If he is right, this has consequences for both, the cyberlibertarian and the (let’s call it) “revolutionary fantasist” position that porn should exist unregulated by the state precisely because of its role in the production of resistant discourses…[A]ccording to Baudillard, today’s pornography is complicit in, and even central to, the production of a body politic which can neither speak nor listen in interventionist ways.

For an exploration of Marxist theory applied to pornography discourse, read Peter Prevos’s analysis of “Pornography and the Commodification of Sexual Desire.”