Help Zeteo pioneer a new form: the short scholarly comment. A prototypical example: the Trump presidency brings the Nazi Germany Reichstag fire to mind, along with other examples of violent actions that were used to increase executive power and confuse the populace. (World Trade Center collapse, Gulf of Tonkin, . . .) A comment might zero in on one or two aspects of this history, exposing the political and media techniques.

One goal of this initiative: to produce shorter pieces for a world with a shorter attention span, and yet retain the value and pleasure of reading-based intellectual explorations. Such comments are to be 750 words or less, although added to this could be footnotes, bibliography, and even an afterword where appropriate. 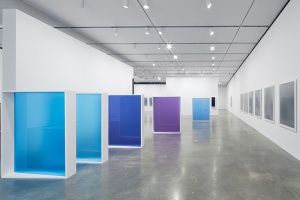 Another, quite different, much less political example could involve comparing some of Liz Deschenes’s camera-less photographs with the paintings of Yves Klein or Mark Rothko. Many subjects are possible! As always Zeteo is interested in work that combines that personal, the political, and the intellectual. And we are interested in exploration, in writers who question their own assumptions and digger deeper—with the help of other texts, other writers.

Send texts and queries to William Eaton, Editor, at zeteojournal@gmail.com. We look forward to developing this new form with your help!