I often avoid talking about race, class, and migration in public. People seem to take these topics as an opportunity to strengthen their beliefs, rather than to enter a discussion. (see “Breaking up the Echo” quoted in my first week of reading). A recent article in the New York Times opinion pages has taken my conviction a step further. In Does Immigration mean ‘France is Over’? Justin E. H. Smith suggests that people not only seek homogeneity in their own lives; they also seek homogeneity in others. Taking French discrimination as a starting point, Smith explains that

Most of us can agree that even if there is not an absolute right to preserve one’s culture’s purity, it is at least a genuine good to be able to spend one’s life surrounded by others who share many of the same values and traditions. Something would be lost if, say, massive immigration led to a sudden shift in the demographics of Iceland, so that native Icelanders were now a minority in that once homogeneous island nation — and this would be a loss both for the country itself, as well as for those of us on the outside who value something akin to the cultural equivalent of biodiversity.

It’s been challenging to recognize that perhaps we, as every-day travelers looking for the authentic world, are also, in a way, demanding that the world stays the same. 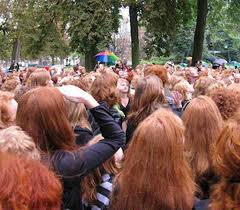