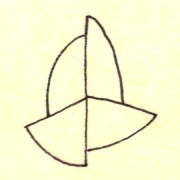 I would like to begin this week of reading by calling attention to one of Kitty Calavita’s most recent books: Invitation to Law and Society (University of Chicago Press, 2010.) There, Calavita argues that legal constructions shape human behavior, and, in turn, human behavior shapes legal constructions. As I was reading her friendly “invitation,” I came to wonder if non-legal citizens can also shape the way that a country creates legal constructions. This is no surprise, as Calavita herself uses the phenomenon of Hispanic immigration to illustrate the mutual relationship between law and society, concluding:

A lot has changed in the last half-century in the field of immigration, but much remains the same. Immigration, both legal and illegal, has increased dramatically. . . .  Also changed is the post-9/11 political climate, with its enhanced national security fears, and popular sentiment against porous borders. These changes intensify [the social contradictions of immigration agency]. With undocumented immigrants now less concentrated in agriculture, and central to a wide variety of manufacturing and service sectors, their economic utility is even more pervasive; at the same time, fears about uncontrolled borders resonate broadly and deeply in the post-9/11 climate.”

The form of law roughly coincides with the form of society. Calavita displays law as a social and dynamic —not a divine and universal— construction that works as both a mirror and a gavel. (Drawing by Corina Welcker, found via Google Images.)

Another way of illustrating a similar relationship between individuals and nation-states, can be found in Erika Kuhlman’s book Of Little Comfort (New York University Press, 2012). Based on an analysis of widowship during and after Word War I, Kuhlmann compares the life experiences of American war widows with those of the German ones. Public victory and defeat shaped their personal reactions. Even though the sense of loss was essentially the same, the political status of a country was strong enough to color the lens through which war widows perceived the death of their husbands:

In the presumed victorious nations, such as the United States, widows and mothers of dead soldiers organized to secure a platform from which their forfeitures and the nation’s triumphs could be replayed over and over again. In the defeated nations, such as Germany, where more intense economic, political and social turbulence marked the war and postwar years, warriors’ and war widows’ demands for restitution contradicted their nation’s attempt to reverse its humiliating loss and shore up its survival.

Journalistic objectivity has become an important value in many modern societies. When I read the newspaper, for example, I try to focus on the arguments of people I do not identify with to broaden my perspective. However, this may not necessarily bring me closer to objectivity. I read an Op-Ed article today in the New York Times, titled “Breaking up the Echo” that explored the way people with initial beliefs evaluate balanced information. The author, Cass R. Sunstein (a law professor at Harvard) maintains  that “when people begin with firmly held convictions, [exposure to balanced information] is likely to increase polarization rather than reduce it.” Sunstein identifies this as biased assimilation—which means that people assimilate new information in a selective fashion:

When people get information that supports what they initially thought, they give it considerable weight. When they get information that undermines their initial beliefs, they tend to dismiss it. . . . This natural human tendency explains why it’s so hard to dislodge false rumors and factual errors. Corrections can even be self-defeating, leading people to stronger commitment to their erroneous beliefs.

Can anything be done? I will leave it to the reader’s curiosity to explore professor Sunstein’s solution to this intriguing human reaction.

Numbers are huge strategic allies. Humans have used them through ages to measure progress, strength, intelligence, visibility, health, even light. However, what happens when we use them as adjectives? Quantities can become ambiguous, which is dangerous. This morning came to my mail a letter from the New York Senate. A strange pattern caught my eye: numerous (noun) , numerous (noun), countless (noun) / multiple (noun), many (noun). One long sentence contained five different adjectives deriving from the same idea: something that, well basically, has no measure. Which also can be dangerous. This made me think of a powerful quote I once read from American lecturer and journalist Gregg Easterbrook:

Torture numbers, and they will confess to anything.

(But, of course, the New York Senate does not believe in torture.) Easterbrook has written several books, many of which deal with notions of science, progress, and space. He is a New York-born environmentalist, and a numbers-fan (read his article The Sky Is Falling). The introduction to his latest book, Sonic Boom (Random House, 2011), reads:

To date, commentary has tended to declare the evolving interconnected global economy either utterly marvelous or dreadfully awful. When some new force comes into play in society, there is a natural initial tendency to view the force as either all good or all bad. Our mental processing systems prefer such clear-line categorizations; after all, we’ve already got too much to think about.

Eventually, though, he concludes “people begin to sort out the constructive and destructive impacts of the new force.” Perhaps, he too has been “breaking up the echo.”

Still thinking about numbers, I came upon a book titled Imagining Numbers: (particularly the square root of minus fifteen) (Penguin Books, 2004). In it, mathematician and scholar Barry Mazur, explores the nature of mathematics as a creative process similar to other creative processes in the written or performed arts. The book, he explains, was written for people who have no training in mathematics “but who may wish to experience an act of mathematical imagining and to consider how such an experience compares with the imaginative work involved in reading and understanding a phrase in a poem.” In the book’s preface, Mazur asumes the position of the first mathematical thinkers in order to speculate about how the creative process of formulating mathematical concepts could have come about:

If we are successful, we will be reenacting, for ourselves, the imagining of a concept that, for the original thinkers, had never been seen or thought before, and that seemed to lie athwart things seen or thought before. Of course, thinking about things never thought before is the daily activity of thought, certainly in art or science. The cellist Yo-Yo Ma has suggested that the job of the artist is to go to the edge and report back. here is how Rilke expressed a similar sentiment: “Works of art are indeed always products of having-been-in-danger, or having-gone-to-the-very-end in an experience, to where one can go no further.”

It’s Friday! The weather is nice! And though I had heard it several times before, it was not until reading it that the idea really made sense: Wonderful weather. Not to be missed! So I got myself up, packed nothing but my book, and went to the park. I had begun reading The Great Gatsby earlier this week on my daily metro rides, but what a difference it made to lay in the grass, and feel the soft late-summer breeze coming from the dense hurdle of trees, as I read F. Scott Fitzgerald’s words (which, since it’s Friday, I will allow myself to quote in extension):

Already it was deep summer on roadhouse roofs and in front of wayside garages, where new red gas-pumps sat out in pools of light, and when I reached my estate at West Egg I ran the car under its shed and sat for a while on an abandoned grass roller in the yard. The wind had blown off, leaving a loud, bright night, with wings beating in the trees and a persistent organ sound as the full bellows of the earth blew the frogs full of life. The silhouette of a moving cat wavered across the moonlight, and turning my head to watch it, I saw that I was not alone—fifty feet away a figure had emerged from the shadow of my neighbor’s mansion and was standing with his hands in his pockets regarding the silver pepper of the stars. Something in his leisurely movements and the secure position of his feet upon the lawn suggested that it was Mr. Gatsby himself, come out to determine what share was his of our local heavens.

I decided to call to him. Miss Baker had mentioned him at dinner, and that would do for an introduction. But I didn’t call to him, for he gave a sudden intimation that he was content to be alone—he stretched out his arms toward the dark water in a curious way, and, far as I was from him, I could have sworn he was trembling. Involuntarily I glanced seaward—and distinguished nothing except a single green light, minute and far away, that might have been the end of a dock. When I looked once more for Gatsby he had vanished, and I was alone again in the unquiet darkness.

You can read the full text online here.

Reading from the blog of a friend I play soccer with, I found his review of a traveling exhibition titled “Ashes and Snow” (The Nomadic Museum, New York, 2005). In his article, Dan Friedman not only addresses the main aspects of the exhibition, but also manages to juxtapose its fundamental value (the harmonious interaction between man and nature) with long-held social constructions, such as religion, identity, space, philosophy, and politics. From his article:

The modern age has been marked by a frantic, impossible striving for stable identity. . . . Our origins are hopelessly complex, and yet we crave the stability of place, nation, and founding myth. Exemplified by the creation of the wildly successful political tool known as the nation-state (one people, one country, one language, one history, one anthem, one flag), technology has helped us raise our desperate denials to murderous pitch. The drive for a unified political and social state comes from a preoccupation with the self and its mythical unity. The main contribution of the only words in the exhibition (there are no labels for the images) is to undercut the prejudice of the exotic. . . . Despite its cathedral-like solidity, the very purpose of the [exhibition’s] building is displayed by its construction: the nomadic museum is (as the name reveals) about wandering, about dismantling itself and becoming something else.

His reading of the exhibition spoke about social and conceptual mobility. Somehow, I thought Dan’s reflexions were in conversation with, at least, the subjects in my first three entries (Calavita on legal constructions, Khulman on private-public relations, Sustein on objectivity). Which also made me pose a question regarding modern societies: How much are we willing to constantly recategorize our identities under new terms? I cannot help but think of Willem de Kooning’s provocative statement:

I have to change to stay the same.

Thank you for reading. Great week everybody!