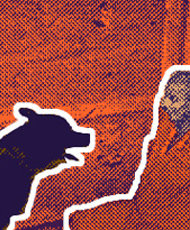 I read in today’s Guardian about proposed UK legislation regarding evidence given in civil trials of those claiming damages against the government for rendition and the abuse suffered in those places of confinement, including but not limited to Guantanamo Bay. The new legislation would allow members of the intelligence services to give evidence in secret, to protect themselves and their political superiors, all in the name of protecting state secrets.

What is noteworthy is that the United Kingdom is no stranger to the use of secret evidence in its courts. The UK has been subject to “emergency” legislation since the Defence of the Realm Act (DORA) 1914, and the proposed legislation is but one in the continuum. The “Diplock” courts in Northern Ireland allowed evidence to be given in secret, and the accused had no right to examine witnesses against him. This made it easier for the government to gain convictions against suspected terrorists. This new legislation will make it more difficult for the plaintiff to prevail against the government, and, more importantly, will ensure that proof of the complicity of UK intelligence services in torture will remain unseen by the public.

Ever wondered about the role literature played in the evolution of human rights? The relationship between poetry and parliamentary debate? These questions do not normally receive much attention in the public sphere, and so it is appreciated that Harvard Professor Elaine Scarry ponders them after reading The Better Angels of our Nature by Steven Pinker and Inventing Human Rights by Lynn Hunt. See, from the July/August 2012 Boston Review, Poetry Changed the World: Injury and the Ethics of Reading.

James Joyce’s Ulysses was twice placed in the dock on charges of obscenity. It lost the first case in 1921 but was vindicated some thirteen years later. In The Trials of Ulysses (Dublin Review of Books, Issue Number 22, Summer 2012) Joseph M. Hassett discusses the legal strategies adopted in defense of the book at both trials. The lecture was first delivered at the Law, Literature and Translation Conference held at Trinity College Dublin, June 9 and 10, 2012.

Diana Clarke’s article in Dissent on The Holocaust Memorial in New Orleans got me thinking about the very nature of cultural memory. How do we determine that which should be memorialized and those events that will be allowed sink into oblivion?