A follow-up to a previous discussion of how experts, and the media that aids and abets them, and the class interests that pay these experts’ salaries—they’re in the mask-making business. 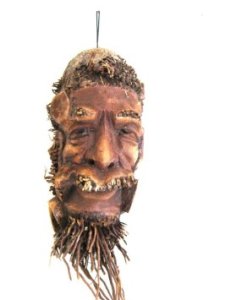 What does this word “independent” mean? Or what is hidden behind this word?

In any case, my interest here is in the word “independent.” This word and similar words and phrases are often used when the Times and other media outlets disseminate the conclusions and commentary of various kinds of think tanks, their employees, and hired consultants. Sometimes the word “independent” is skipped and news consumers are simply told the location of the think tank or of the specific expert. An op-ed piece, for example, might come with a sentence in italics identifying the author as a senior employee of (or as a professor under contract to) the Very Wise Institute, which is based in Washington, DC, Palo Alto, or wherever. What consumers are never told is who—what businesses, government agencies, or other organizations or individuals—have been funding the think tank or its workers (“experts”).

As regards the “independent analysis” that the Times duly converted into a news story, it was produced by the Peterson Institute for International Economics. At least on the surface, this is not an organization that tries to hide its sources of funding. If, say, the CIA is giving the Peterson Institute money, this funding does not appear to be a large part of the Institute’s budget. A half an hour of Web research left me with the following factoids:

We are not cooking up conspiracy theories. We are trying to see more clearly the forces at work in our society.

We are not engaged here in cooking up conspiracy theories. We are trying to see more clearly the forces at work in our society and what work they are doing and how. From this perspective, the Peterson Institute for International Economics is not “independent.” It represents a certain sector of American or global society: large corporations and, most particularly, the leadership of large corporations. These people may well think that they are advancing not only their own immediate interests, but indeed the interests of the United States or the world, as a whole. But it remains the fact that what these leaders are attached to are their views and getting them converted into government policies. Case in point: the “Trans-Pacific Partnership” (TPP) under discussion here.

Given these facts, the Times might have reported that a think tank funded by large corporations and directed by former ceo’s of large corporations had released a report saying that the “Partnership” would do more good than bad for the U.S. economy. This would hardly have been radical journalism. Or perhaps it would have been, since the New York Times (itself a large corporation), along with the Washington Post, the LA Times, the television networks, CNN, the BBC . . . they do not report on think-tank activities in such a way. No, they summarize the findings of think tanks, or publish op-eds by think-tank employees and consultants, and identify these summaries and op-eds y as “independent” (or variations thereon).[3]

American journalism is sometimes criticized for its “both sides of the story” approach. So if a Republican congressperson is quoted saying he likes guns, an equivalent Democrat has to be quoted saying that she doesn’t like guns. The question of whether guns are likable or not is set aside in the interest of “objective,” “balanced,” “fair” approaches. But in the case of this Times story on the Pacific pact—and this story is just one example among thousands upon thousands—where is the “balance,” say? A report of a think-tank representing the points of view of ceo’s of large corporations is given 1,000 words, and there is nary a sentence given to the opposing views of labor unions or, say, of the vast mass of unorganized workers. We are not inventing straw men and women here: the dominance of large corporations and of the very rich over American life notwithstanding, there is plenty of opposition to the proposed “Partnership.” For example, it may not be approved by Congress.

Class warfare is not sinister, but it is a kind of warfare.

Indeed, this may be said to be the reason why the Peterson Institute had the study done and urged the Times to report its findings. Class warfare is not sinister, but it is a kind of warfare. There has been a groundswell of opposition to the pact from representatives of the great mass of Americans who have never been ceo’s or billionaires and who might feel, for example, that the Pacific-rim pact’s predecessor, the North American Free Trade Agreement (NAFTA), had not been good for most of the rest of us. For example, an economist with the Economic Policy Institute (EPI), an “independent” think tank associated with the labor movement, has estimated that some 682,900 U.S. jobs have been “lost or displaced” as a result of NAFTA.[4] Thus the value of this “independent” report, which the former ceo’s and their corporate funders paid two professors to write, and which trumpets that the TPP will “not cost overall employment” (as the Times has phrased it).

NAFTA was fast-tracked by President George Bush (senior) and implemented by the administration of President William Clinton. The Times story qualified the TPP as the “biggest economic priority” of Obama’s last year in office. And thus we are not surprised to read: “The Obama administration quickly endorsed the analysis from the Washington-based Peterson Institute for International Economics”.

Again, the present short text has sought to bring into focus forces at work in our society and what work they are doing and how. I am also pleased to be able to offer a concrete example of some of what I was discussing in the longer piece on Inequality, Experts, Krugman, Masks.

William Eaton is the Editor of  Zeteo. A collection of his essays, Surviving the Twenty-First Century, was recently published by Serving House Books. See Surviving the website. The present piece may be thought of as the third in a series, which began in December 2015 with Class Warfare Poverty Death. 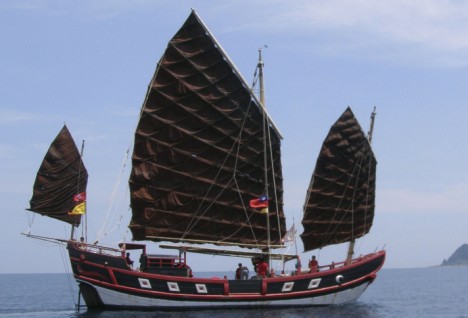 [2] The Blackstone Group has recently, inter alia, become my landlord. Mine and thousands of other people’s. On one level, the short-term business model is quite simple: charge my neighbors and me more rent than Blackstone—in providing the housing, heat, and hot water—pays for labor, for materials, and for interest on the loans it used to purchase the property. Additionally, Blackstone may say that it deserves some premium for taking a risk. Should the New York housing market turn down sharply, Blackstone and its investors could lose money. The billions in profits that Blackstone, and Peterson himself, have been able to accumulate over the years suggest, however, that the risks are not great.

While noting that I am simplifying here, in order to make a simple point, I would observe that the business model comes down to overcharging my neighbors and me; substantially overcharging us. And again, this is short term; longer term what’s going on is that my neighbors and I are paying Blackstone’s costs of acquiring the portion of Manhattan on which our apartment buildings happen to sit. The true spoils are the land and its “air rights,” and the vast profits that may, some day, be made off of them.

We might contrast this model to an ideal (perhaps never yet realized) government service that would provide something—e.g. housing, transportation, water—while charging the users of the service the full costs of providing it. Of course “full costs” would not be easy to define. What level of wages should Blackstone or my hypothetical government agency pay the maintenance workers, accountants, security guards, senior managers, and so forth who are needed to keep my housing project in good shape? The more these people are paid, the fuller the costs become. Long ago, when I was working for the New York City Transportation Agency (the subway and bus service), one of my sisters asked if the primary objective of this agency was to provide transportation or good jobs. A good question. The point remains about business models based in overcharging.

[3] See Freakonomics: A Rogue Economist Explores the Hidden Side of Everything, the bestselling book by University of Chicago economist Steven Levitt and New York Times journalist Stephen J. Dubner. From page 87 of the 2009 edition: “Journalists need experts as badly as experts need journalists. Everyday there are newspaper pages and television newscasts to be filled.” See also pages 65-74 on experts’ involvement in “information crime”: disseminating misleading information or withholding useful information in order to profit from people’s ignorance and confusion.

Peterson photograph is from the Peterson page of a Forbes website on “The World’s Billionaires,” 2015 Ranking.

Black mask with white eye band is a puppet made by the Bamana (or Bambara or Banmana) tribal people of Mali.

Ship is the Princess Taiping, a replica vessel. Eleven crew members of the ship were rescued after a freighter rammed into it, splitting it in half off the coast of Taiwan. Result: the Chinese junk was not quite able to complete its goal: crossing the Pacific. Photo from a story in the Daily Mail (UK), as updated 28 April 2009.