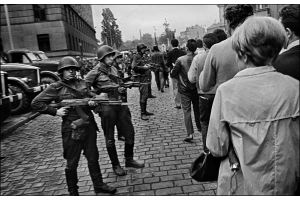 Jason Wirth’s Commiserating with Devastated Things is a wonderful book tracing themes in the novels of Milan Kundera—not to mention the resonances of these themes with Virgil, Cervantes, and Hermann Broch (among others).

I’ve learned about St. Francis joyously embracing a leper, about Holy Fools in Russian Orthodoxy and in Dostoevsky (in the person of Prince Myshkin). And I’ve learned about the systematic slaughter of dogs by the Soviets as they invaded Czechoslovakia in 1968 to install civil terror.

Kundera lived through devastation that, sadly, I know very little about—only tidbits third-hand. How can I connect with his world? Perhaps remembering my own 1968 can resonate with the little I know of the violent suppression of the Czechs. It’s a shot in the dark, I admit. Below, in an afterword, I reflect on some of the chaos, good things and terrible things, that colors my sense of that time. Somehow those memories give a depth to my sense of the disasters in Eastern Europe. 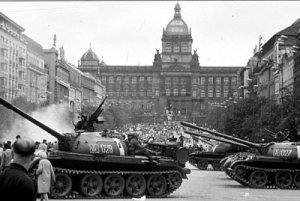 Kundera responded to 1968 first from the devastations of his invaded homeland and then from his homelessness in Parisian exile. Novels allowed him to think multiplex realities, personally and impersonally, philosophically and viscerally, politically and non-politically, even comically. The mess was painful and simultaneously idiotic.

The title of Jason Wirth’s quite extraordinary book comes from this line from Kundera:

. . . and because we did not know how to commiserate with the devastated things, we turned away from them and so injured them and ourselves as well.

There’s an impulse to say,

But life must go on, and that means turning away from devastations—so injury to the devastated is inescapable.

Anyway, what is the half-life, the rate of decline, of commiseration? Or of injury? Or of attention? They don’t hold steady through time.

Professional chroniclers of the Czech invasion, on Kundera’s telling, turned away from—among many other things—the

Was this a brutal warning to Czech citizens to think twice before hatching protest? Was it confiscation of a bourgeois privilege, of a decadent luxury? Was it just an absurd magnification of tank-power undertaken just for the strutting thrill of it, giving soldiers unchecked freedom to vent their boredom and hatred?

At least since Homer, dogs have embodied home. Odysseus’ loyal dog Argos is the first to recognize that his master is home. This brings a tear to the hero’s eye. In recognizing the welcome he accepts that he is in fact home. Argos dies in the moment. Welcoming the master home is his life-task—now complete. 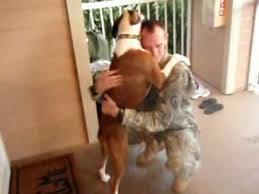 If this is on track, then the slaughter of dogs stripped Czechs of a sense of home and  unqualified recognition. A welcoming bark and dance or embrace at the door can bestow humanity and a sense of homecoming to those who return from the impersonal world outside.

Still, I wonder . . . . Why does a round-up of dogs seem tragic—and then carry a penumbra of the ridiculous or idiotic?

Let’s say our humanity is fully measured not only by how we treat competent citizens in the public square, or close friends and family, but by how we treat the least of beings, and those on the borders of humanity—our lame and halt passing out of full human competence, but also our dogs, or birds, or even our crippled garden fence.

It’s both tragic and ridiculous that Nietzsche’s last gesture is embracing a horse being beaten, or that Father Zossima bows low before the cold-blooded reptile, Ivan

Karamazov, or that a cellist plays as bombs fall on Sarajevo.

Cherishing small things, commiserating with devastated or marginal things, with easily forgotten or flawed things, embracing a leper with St. Francis—all this makes us more than just ordinarily decent. If we keep up with it through its apparent foolishness, we become holy fools.

Is it ridiculous—asking way too much of mere mortals—to commiserate with devastated things? This must be Kundera’s disturbing question, certainly a question that should forever remain disturbing.

Afterword: From Kindera’s world to mine

As I recall 1968 from my place finishing up graduate study in the Bay Area, it was a year of invidious, even absurd, contrasts. In tone (if not in detail), I suspect it might resemble Kundera’s year—odd mixtures of the tragic, comic, even the ridiculous. That is, things just wouldn’t come into stable focus.

There was unparalleled political violence. Martin Luther King and Bobby Kennedy were assassinated. Body bags were being hauled back from Vietnam. Small-scale pockets of happiness were bordered by large-scale chaos and horror.

It was three years after Watts caught fire, four years after the Mississippi civil rights murders, and five years later Patti Hearst would be abducted by the Symbionese Liberation Army from her Berkeley apartment just around the corner from mine.

Did I embody anything like Kundera’s hope, that here and there, on this continent or that, you and I might properly commiserate with devastations—including the slaughter of dogs?

My pockets of happiness included finishing a dissertation grandly titled “Generative Roots of Human Being.” It opened my professional career. My son was born, opening onto decades of cherished fatherhood. It was a year of happy cultural ferment in the Left Coast Bay Area, featuring street performances of Zen, Rock and Roll, LSD, and absolutely everything Hippie—amid violence and death.

Worlds were falling apart and holding together. What genre might a novelist adopt to evoke the times?  It’s true that neither simple comedy, tragedy, nor farce, would fit the bill. Felt reality was multiplex and wouldn’t hold still. The times were anomalous, as clear and weird as a Kundera novel or as an ambiguous Kafka short story.

Credits: Jason Wirth, Commiserating with Devastated Things: Milan Kundera and the Entitlements of Thinking, Fordham, 2015; full quote on which title is based, Wirth, p. 81; discussion of dogs, Wirth, pp. 73-100, especially p. 79 ff., and of holy fools, pp. 170-85. And thanks to Google Images.