Am I that unusual or touchy to think that “scum” is an unpleasant, if not vulgar, label to have squarely pinned to your back? 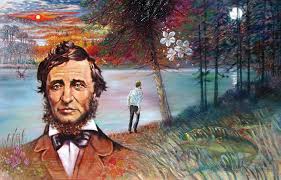 In “Pond Scum” (The New Yorker, October 19) Kathryn Schultz does just that as she blithely presents a “misanthropic,” “horrible” Thoreau. Apart from the vulgarity of greeting him thus, the piece offers a deeply distorted picture of the iconic writer of woodlands and ponds, rivers, meadows, and mountains. As it happens, Thoreau loved people as well as ponds. He created a healthy swamp around his brother’s grave in Sleepy Hollow so that John’s nutrients could be naturally recycled.  Out of love he wanted to extend John’s life.

“The Ecstasy of Influence” (The New Yorker, September 9) gives us a revealing aside from Emerson, who speaks of his protege’s exuberant affection for kids:

Thoreau charmed Waldo [the father’s five year old] by the variety of toys, whistles, boats, popguns & all kinds of instruments he could make and mend

He was famous for concocting Saturday games for the neighborhood boys.

Though he’s charged with misanthropy, Thoreau could gaze at throngs at the county fair and exclaim,

I love these sons of earth, every mother’s son of them, with their great hearty hearts rushing tumultuously in herds from spectacle to spectacle (A Week on the Concord)

And there’s this startling confession:

Even the tired laborers I meet on the road, I really meet as traveling gods (Journal, August 15, 1845)

He loved his brother profoundly. His first book, A Week on the Concord and Merrimack Rivers, commemorates their shared life. He didn’t forget the good friends he regularly walked with, nor the Canadian wood chopper, introduced in Walden. The two read aloud, more or less arm in arm, focused on the scene from the Iliad where Achilles and Protroclus renew their loving friendship.

Schultz is not the first to unload on Thoreau. A string of expletives – “hypocrite,” “misanthrope,” “prig” – predictably follows him like barking dogs, in print and in casual conversation. Why do critics nip at his heels?

For one thing, Thoreau loves to provoke with unexpected and often unpopular sentiments. The sentiments don’t fall into a single pattern, making it easy to cherry-pick sentences likely to particularly offend the unwary.

Then again, perhaps it is Harold Bloom’s Anxiety of Influence (rather than an Ecstasy of Influence). If Thoreau gains too much cultural traction the ill-tempered watchdogs get anxious and warn us away.

Thoreau’s first published piece was an obituary in his local newspaper for an inconsequential woman who otherwise would have been forgotten. It is as if he took no life to be forgettable.

No one likes to be preached down to, but Thoreau isn’t a non-stop moralist except in his gripping political polemics — say his defense of John Brown. In writings like Walden, he is much closer to Rousseau’s reflective and mostly gentle Reveries of a Solitary Walker. Ms. Schultz is not alone in having a decidedly tin ear for Thoreau’s reverie and musing, his irony, merriment, and hyperbole.

Walden‘s well-crafted excursions in parody, hyperbole, reverie, and the like are not meant to announce doctrine or to force dogma down throats. Thoreau is a master of sly exaggeration and wicked caricature.

How much of his opening chapter, “Economy,” is a slightly-tongue-in-cheek elaboration of Franklin’s “A penny saved is a penny earned”? Another chapter, “Reading,” has him wishing that all his town folk could read classics in the original languages. He candidly calls some of the most extravagant moments in his writing “dreaming awake.” 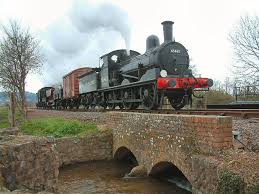 A freight train heard across the pond is an indication of suspect commercialism (not to say noise) but also, as in a dream, it unravels

its steam cloud . . . like a banner streaming behind in golden and silver wreaths

A page further he muses amazed at the heroic delivery elsewhere of loads of intriguing goods. Each boxcar of bundles has unexpected meanings:

Mishearing subtle tones of voice, their registers and modulations, leads to wildly mistaken attributions. We needn’t buy into

“Saint Henry,” but the alternative needn’t be a sour and trashy “Horrible Henry.”

Thoreau leads us over and over to unexplored and bracing depths of human desire and to alluring, achingly marvelous possible perceptions. When the path gets tangled or the ascent too rough, some quit the walk and write a complaint.

After these pointed words, this rather whimsical thought occurs: Maybe understanding Thoreau is like understanding a journey around the world; you understand him one day at a time, and try to keep up with the conversations as they change and dart this way and that, like kids at play. And remember that for all the changing scenery, there’s a thread — however hard it is to recreate short of starting the journey again.  Of course his travels stopped short of going much beyond Maine, Minnesota,  Staten Island, and Mt. Greylock. But they covered worlds.

Citations: For the shallow swamp around John Thoreau’s grave, and for his obituary of an otherwise unknown woman, see Branka Arsić’s, Bird Relics: Grief and Vitalism in Thoreau (Harvard, 2015), pp. 385–7. See obituary for Anna Jones, Yeoman’s Gazette, 1837, discussed in Arsić, pp. 340–6.  Harold Bloom’s The Anxiety of Influence (Oxford, 1975) considers poets suffering under the crushing accomplishments of forebears, but why not suppose that critics suffer under the accomplishments of original writers? Thoreau’s defense of John Brown is found in almost any collection of his essays. For “hearty hearts,” see  A Week on the Concord and Merrimack Rivers (Princeton, 1980) p. 358. See Walden, ed. Jeffrey Cramer, (Yale, 2004): for “dreaming awake,” “The Ponds,” p. 185 [para 21]; for his extensive and shifting view of freight trains, see “Sounds.” Also, see The Journal of Henry D. Thoreau, Bradford Torrey (ed.) (Houghton Mifflin, 2006) Vols I–XIV, available on-line: The Writings of Henry David Thoreau: The Digital Collection. Oil painting of Thoreau imagined, by Walden Pond, painted by John Lauthermilch. Photograph of kids traveling to a boarding school through the Himalayas, photo by Timothy Allen.