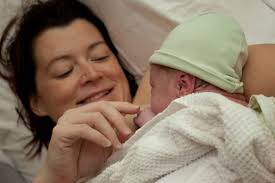 Leafing through Kathleen Norris’ The Cloister Walk, I came across this quite startling paragraph:

If Eve is the mother of the living, she is also the mother of the dead. One of the most astonishing and precious things about motherhood is the brave way in which women consent to give birth to creatures who will one day die. That they do this is an awesome thing, as is their virginity, their existence in and of themselves, apart from that potential for bearing life and death.

This is quite “metaphysical” (as well as psychological). When Heidegger says that the human is a “being toward death,” he doesn’t mean that all humans perish. He means that death is something that energizes our deepest possibilities. 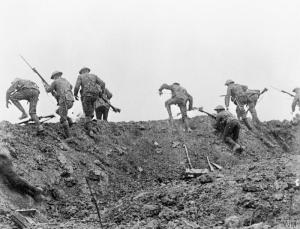 The sort of desperate context he has in mind is a soldier going “over the top” in trench warfare into withering enemy fire. Intentionally, courageously, resolvedly diving up and over into such danger encapsulates the apogee of human being’s expressiveness.

Very few philosophers have described birth labors as crucial to being human. Is that because until very recently philosophy was written and produced by males whose task (it often seems) has been to deny the central place of the mothers and families in the story of their self-becoming?

I wonder about Norris’ suggestion that virginity is central to motherhood. She speaks of “their virginity” as a token of

“their existence in and of themselves.”  This goes against the grain.

Are mothers, or virgins, really that autonomous — that we could say that they “exist in and of themselves”?

If this claim lacks sociological or political credibility, perhaps we are meant to hear Norris in a different – again, rather metaphysical – register.

The virgin is (paradoxically) pure potentiality as well as pure self-sufficiency. Think of children. They are (in their best moments — ideally) purely what they are, lacking nothing.

On good days, they could in no way be better. Yet stepping back, we also know that they are on their way in a course of development, in a course of realizing their potentials.  Each perspective, no matter the tension, has weight.

The awesome power of the woman Norris envisages  — and perhaps of any human — is to turn pure potentiality into actuality, even as that readiness is in no way a mark of “lack,” deficiency, or emptiness.

Thanks to Google images.