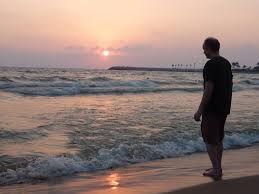 Schumann’s songs, especially Dichterliebe, are both romantically expressive and relatively simple in structure, almost like aphorisms. They have none of the virtuosic glamour or massive presence of a romantic symphony or concerto.

Dichterliebe is a string of sixteen little gems, mostly only a page or two, some less than a minute in length, that are strung on an invisible (or inaudible) thread. They’re for tenor or baritone and piano, suitable for intimate chamber music performance. Schumann picked Heine’s poetry to set to music. But why should you care for my interest in this neglected art form?

I hadn’t thought to write in this vein but a chance sentence from a colleague opened my ears. I had mentioned to him that I 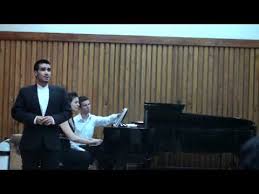 had used the first song, “Im wunderschoenen Monat Mai” for an audition. He then sent me a short introduction to Dichterliebe he had written half-a-dozen years ago. This is the sentence that caught my eye.

And Schumann’s music captures this contradictory feeling [of yearning and disillusionment] with consummate ease.”

This struck a chord.

I’ve been engaged in a kind of in-house rebellion against philosophers who so easily think that the smart thing to do (in life or in writing and certainly in philosophy) is to smooth out all the contradictions. You could never write of a top-drawer philosopher that he or she “captures this contradictory feeling with consummate ease.” But why not? 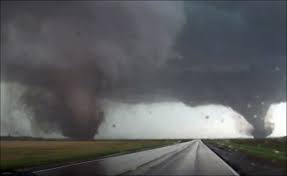 Don’t we all know the pleasure-pain of parting, or the love-hate of authority, or the mix of fear-fascination at a train wreck or tornado? Do we even want to smooth out these contradictions?  Aren’t we deeper for such “double vision” than we’d be if we were always making the rough places plain?  Shouldn’t we suspect that a too-smooth single vision has to be false for creatures as complex and properly troubled and conflicted as we are?

If your goal is to smooth out rough spots, you’d better not look at feelings or emotions — they can be messy.  They are also the most important thing to look at if you seek wisdom or serenity or truth.

I end up writing about Kierkegaard or Thoreau in part because they aren’t afraid to transition from one felt-perspective to another without apology. Like Schumann or Heine, they can move from mood to mood, and leave systems aside, embrace unfinished thoughts and apercu. They dare to leave us hanging with more questions than answers. 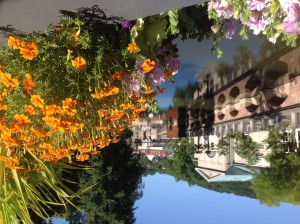 Nietzsche famously declared he could only love a music-playing Socrates, and Socrates himself, just before his execution, reports a dream where it was the muses, or music, rather than dialectic, that led him to wisdom. I’ve had occasion to put in a pitch for lyrical philosophy. Sentences of Stanley Cavell have been called arias and his essays, operatic.

Of course this proposal that we attend to musical philosophy, or philosophical song, will sound outrageous or pure nonsense to those who model philosophy on lawyerly argument or scientific research reports. But surely the wisdom of Job or Ecclesiastes – not to mention Emerson’s essays or Kierkegaard’s discourses – can be read aloud as psalms or song, and perhaps necessarily as song.

Related articles across the web