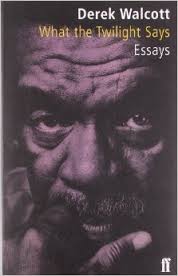 In his collection of essays, What the Twilight Says, Nobel prize-winning poet Derek Walcott discusses, among other things, fellow writers of the Caribbean, including the Marxist historian CLR James. In his short piece on James, Walcott explores the seeming contradiction between the writer’s unrelenting combat against Empire and the racism it engendered, and his love for the very British game of cricket. James’s Beyond a Boundary is probably less well known than his classic work The Black Jacobins, the history of Toussaint L’Ouverture and the Haitian Revolution, but Trinidadians are justifiably proud of it and the cultural achievement it celebrates:

“It’s just a book about cricket, for God’s sake.” It isn’t. It is a book about cricket for the gods’ sake as well. It is a book about treachery, despair, and the fate of some of the best for being black, and still it is written without rancor. It is a noble book about poor, beautifully built, but socially desperate men (one of whom begged his captain to be allowed to play the game barefoot because shoes slowed down his delivery) who made this game the next thing to religion. Mr. James radiantly celebrates this blend of African prowess with Victorian codes. He sees how those Victorian ideals of gentlemanly conduct were ethics, even tribal ethics, regardless of race, and not a trap.

Whether or not one believes that the values of Empire can be subverted in the service of the oppressed, Walcott’s prose brings James’s work back to life and makes us want to read more.