Or On the Importance of Inclusion 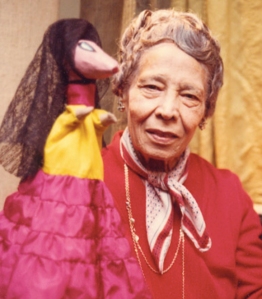 To some extent, ethnic art (including film and literature) has been recognized as an empowering tool for minorities. Latino and African-American advocates have consistently pushed for the inclusion of content reflecting the lives and struggles of people of color in art and at school. But while these stories have gradually made it into the market, they have nonetheless preserved their ethnic labels. For example, movies with African-American casts are usually labeled as ethnic films rather than American products more broadly. Is this a problem? Absolutely. Labeling Latino-oriented books as ethnic products makes it almost impossible to normalize these people’s experiences. When material gets segregated this way, it loses its potential to teach larger lessons for people of all races.

Marilisa Jiménez-García elaborates on this topic in her blog article Diversity in Children’s Literature and the Legacy of Pura Belpré:

Reflecting on the literary work of Puerto Rican writer Pura Belpré as well as her own work as a literature teacher, Jiménez-García elaborates:

Belpré’s stories were based on folklore which some Latino/a children might find familiar. But, Belpré’s books are also artistic fiction. In other words, they are just stories to be enjoyed by whoever might enjoy them. As a teacher, I had to check my use of the term “relatable” when discussing literature with young people. Once we were reading The Outsiders (1967) and Nicholasa Mohr’s Nilda (1973) as means of comparing how young people grow up and encounter violence. I always remember one student closing her copy of Nilda, saying, “This is about culture, not about teens. I couldn’t really relate.” I was puzzled seeing that key characters in both books were adolescents. Certainly, when a Latino/a author writes about Latino/a characters, the story is shaped by Latino/a culture—which also varies in terms of racial, regional, gender, and national identity. But, the same is true for any author. Oliver Twist is a mainstream story, but it is also a commentary on 19th century childhood—a celebrated time for some who could afford it—and the conditions for poor, orphaned youth. Stories are always about culture. Yet, what we catalogue as “foreign” or “other” tells us more about ourselves than about the stories we read 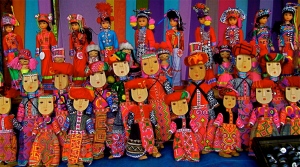