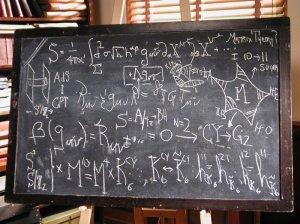 This weekend was a series of outings into the culinary adventures of New York City, walks in the hot sun and the gleeful return to the cool relief of air conditioning, and finally, a few BBC films. The first was called “Hawking” and told the story of Stephen Hawking‘s time at Cambridge, where he made his first great discovery. The second was based on Stuart: A Life Backwards, a biography of Stuart Shorter (1968-2002) by Alexander Masters. Stuart spent much of his life as a homeless alcoholic, junkie, and thief.

As is often the case with good films, I followed up with some reading. I wanted to know more about Stuart Shorter, to see him through my own eyes (a la Masters). I’ve started reading about his life the way he wanted it read—backwards, “like a Tom Clancy novel.” As for Hawking, I do not pretend to have a perfect understanding of physics—infinitely far from it. However, he does have a way with interpreting something so incredibly complex into something the least mathematical of us can understand. In fact, he makes physics beautiful.

I couldn’t help but think of the contrast between Stuart Shorter and Stephen Hawking. (Who wouldn’t?) Ah, but there were also similarities: both of them lived in Cambridge, both endured great difficulties, and both have, and in Stuart’s case, had, wit beyond belief, the ability to see humor in the mundane and the sometimes terrifying. (Note: Alexander Masters also studied physics and mathematics at Cambridge.) As noted by Hawking:

Life would be tragic if it weren’t funny.

In the end, both of these gentlemen’s stories made an impression on me because of their humor, and because, in their own way, like all of us, they are and were extraordinary.

When in the course of human events, it becomes necessary for one people to dissolve the political bands which have connected them with another, and to assume among the powers of the earth, the separate and equal station to which the laws of nature and of nature’s God entitle them, a decent respect to the opinions of mankind requires that they should declare the causes which impel them to the separation.

Eight years later, the United States would finally be the “free and independent states” that we are today—free to have cookouts, shoot off fireworks, and drink Samuel Adams (one of the 56 signers) beer.