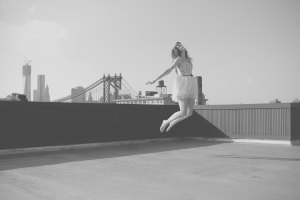 Reading various things in the process of preparing an essay on Plato’s dialogue Lysis, the foremost subject of which is φιλία (philia), which in this context has traditionally been translated as “friendship.” Thus a week of readings related to friendship beckons. A first bit—or salvo—from a journal entry of Thoreau’s, November 3, 1858:

Nothing makes me so dejected as to have met my friends, for they make me doubt it if it is possible to have any friends. . . . Not in a single thought agreed; regularly balking one another. But when I get far away, my thoughts return to them. . . . Thus I am taught that my friend is not an actual person. When I have withdrawn and am alone, I forget the actual person and remember only my ideal. Then I have a friend again.

In Book IX of the Nicomachean Ethics Aristotle, among other things, gives his thoughts on what I will call the problem of friends growing apart, a problem that in my life has come up time and again, though I would not go so far as to say that some of my friends have become more or less virtuous, or more or less evil than me. Although differences in intellectual development (and in emotional or creative development and so forth) do seem to play their part, I’m afraid that often it is rather a matter of one of a group of friends becoming more or less successful, with success here defined quite conventionally—titles, celebrity, money.

If one accepts another man as good, and he turns out badly and is seen to do so, must one still love him? Surely it is impossible, since not everything can be loved, but only what is good. . . . Must the friendship, then, be forthwith broken off? Or is this not so in all cases, but only when one’s friends are incurable in their wickedness? If they are capable of being reformed one should rather come to the assistance of their character or their property, inasmuch as this is better and more characteristic of friendship. But a man who breaks off such a friendship would seem to be doing nothing strange; for it was not to a man of this sort that he was a friend; . . .

But if one friend remained the same while the other became better and far outstripped him in virtue, should the latter treat the former as a friend? Surely he cannot. When the interval is great this becomes most plain, e.g. in the case of childhood friendships; if one friend remained a child in intellect while the other became a fully developed man, how could they be friends when they neither approved of the same things nor delighted in and were pained by the same things? . . .

Should he, then, behave no otherwise towards him than he would if he had never been his friend? Surely he should keep a remembrance of their former intimacy, and as we think we ought to oblige friends rather than strangers, so to those who have been our friends we ought to make some allowance for our former friendship, . . .

It can be a sad subject, friendship.

Do pop radio stations still do what they used to years ago, with callers calling in songs for their friends and lovers, and then the announcer would say something like, This song — the Ronettes’ “Be My Baby”; Patsy Cline’s “You Send Me”— is going out from Jeff in Oak Terrace to Melinda in Marble Heights, hoping to see you at the dance on Saturday night. Blogging and philosophy writing might be refreshed by adopting a similar approach. E.g.: These questions of Socrates’s (which appear toward the end of the Lysis) are going out to the brown-eyed civil servant with whom I was discussing friendship by the photocopying machines this afternoon:

In some relationships, it is important that the desire be there but that the action should not be taken—the relationship between parents and children is an example of this. I suspect indeed that the best adult friendships—with members of the opposite sex or members of the same sex—involve precisely these desires which are not acted upon. In this sense all our important relationships will be sexual relationships. Ian Craib, The Importance of Disappointment

The picture here is of the late English sociologist and psychotherapist Ian Craib, seen with his son Ben. In looking yesterday for a picture of Craib, whose Importance of Disappointment is among my favorite books, I not only found this photo, but a nice little collection of memories and obituaries of Craib written by his colleagues and by his son. This from his son:

He had the amazing ability to always see the opposites in situations, which could be both thrilling and infuriating–a gift and a curse he called it. He used this to always try and maintain a sense of reality, whatever. He was accused of being a pessimist, which was probably true. But this was my dad. His insight, to see the bad in good and the good in bad, was part of his greater, sensitive, often magical view of the complication and contradiction in life.

Craib, who died in 2002 at the age of 57, was first diagnosed with cancer in 1993, and then spent a highly productive decade writing through the pain, the treatments, the fears and sadness. At the close of his piece, Ben quotes from The Importance of Disappointment, which was apparently completed in the wake of an operation to remove the first cancer, a brain tumor:

I had never before allowed myself to recognize the fear of death that must be common to us all, and neither had I properly understood its implication: that life is immensely precious and the links we have with other people, in all their dreadful complexity, are all that we have, and if there is such a thing as evil, it lies in the deliberate breaking of those links.