I returned last night from a concert that featured, among other things, two movements from Bach’s unaccompanied cello suites. By pure luck, I had been reading an essay by Edward Said on Bach’s life and work.

Bach cavorts with immortality. As my exposure to the cello suites confirmed once more, Bach’s work is inexhaustible in its energy and in its inspiration. Its boundless innovation can — and is — rendered in ever  fresh ways.

With discrete elision, I might even cite  the Good Book: “Unto him be glory . . . throughout all ages, world without end.” I’m happy to add to Bach’s continuing apotheosis.

But really — and here’s my question —  is it kosher to keep a religious idiom alive this way? Is it legitimate or even meaningful to transport a dated religious idiom wholesale into the world of music, Bach’s or otherwise?

Put another way, in this day and age, can the Christian diction of heaven and hell, God and the devil, the angelic and the demonic, still function effectively, or authentically, in the space of musical composition and performance?

Edward Said doesn’t hesitate to invoke demons, and so answers my question in the affirmative. He finds in Bach an ungodly power that undermines the Master’s professed Christianity:

Steeped as he was in Protestant belief, drilled in its practices, immersed in its music and lore, Bach remains the pious-seeming Christian, which is how all of his interpretive biographers, especially Albert Schweitzer, have

persuaded themselves to see him. Yet there is something unmistakably demonic and frightening about his fervour.

Bach worked for Lutheran municipalities and their Church Councils, tasked with producing a new Cantata for each Sunday of the year. Angling for a better-paying appointment, he wrote his Passions.

For survival, he had to at least appear to write for the glory of God. Professor Said calls him a “pious-seeming Christian.”

A friend reminds me that Bach wrote at the top of each of his thousands of works, religious and “secular” alike, an inscription: the initials SDG, Soli Deo Gloria, “Solely to God’s Glory.”

Unless we discover a secret diary in which Bach confesses his deceptions and reveals his worship of the anti-Christ, I don’t think there’s much use in pursuing what “deep down” Bach thought about God and angels, even fallen ones. 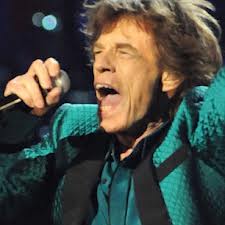 Said shifts to the idiom of the demonic not because he has access to a hitherto undiscovered diary but because, to his ear, Bach’s works themselves convey a fervor that is “unmistakably demonic and frightening.” (Is Mick Jagger demonic? Beyoncé?)

Of course, [Bach] worked on his study of technique and on his scores, but in almost all of them he achieved feats of creativity that must have left him deeply impressed by his own gifts. One can’t help wondering whether all the piety and expressions of humility before God weren’t also Bach’s way of keeping something considerably darker – more exuberant, more hubristic, verging on the blasphemous – at bay, something within himself, which his music with its contrapuntal wizardry also communicates. 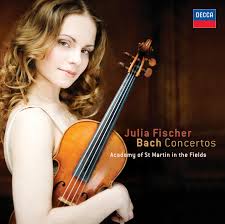 One might counter that all artistic powers, whether the cathedral-maker’s or Bach’s, come from God. But there’s an effective comeback.

If Christian theology holds that all creative power comes  from God, then He gives creative power not only to Bach but also to the Devil, so long as he lives.

No one denies that the devil is creatively cagey. And God gives it to seductive violinists, too. From a Christian point of view, the demons or devils are clearly stealing God’s power, not channeling it.

We’re back to square one.

In Doctor Faustus, Thomas Mann speaks of Adrien Leverkuhn’s (and his father’s) inclination [to fall into the] . . . ultimately dangerous pursuit of dabbling . . . in alchemy, necromancy and magic, arts not unrelated to music, which put the speculator in the position of creator. In fact, Mann associates the practice of music itself with theology, with Leverkuhn’s demonic pact, and with Germany’s modern perdition.

Does Mann associate Germany’s musical extravagance with its political extravagance? Is this any more than quaint, romantic invocations of ghosts, spooks and devils — to “alchemy, necromancy and magic”? 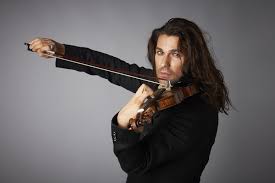 The 19th Century violinist Paganini was bedazzling, and his virtuosity was called demonic and the work of the devil.

The girls from Salem were accused of casting spells. Paganini cast spells.

We don’t think of the dazzling technique of Gil Shaham or Yo Yo Ma as demonic, but perhaps The Grateful Dead does the devil’s work. There’s something “dark,” “exuberant, hubristic, verging on the blasphemous” in those performances.

Perhaps any performer or composer treads close to the vein of self-glorification. If one seeks something like Christian humility or selflessness, it will be hard to give fervid or dazzling performances.  Or to be a fan of Beyoncé.

Entering the landscape of music, demons, and deification, takes us where angels fear to tread. We look into the abyss. We risk wandering in the obscure that might well be utter nonsense. In an age when we hardly know what piety or impiety amounts to, how can we ask whether Bach’s bedeviling and bedazzling power is pious or impious? And why is it so easy to quip that Sir Mick is demonic?

Not all pressing questions about gods or demons — or about love or justice,  for that matter — have lucid or unambiguous answers. We see through a glass darkly and sometimes not at all.

What comes of Thomas Mann’s associating “the practice of music itself with theology”?  (Said puts it that way.)

If we allow music to be theology by other means, then theologians must share the power to interpret God with composers and performers. This puts the veneration of Bach’s music too close to the theologian’s veneration of God. In fact it might allow a path to God that is shorter than the path through theology. One could substitute listening to Bach for listening to a preacher.

And from the side of the composer, rather than the listener, she may presume herself not only to know God, but to mimic God’s bedazzling creative powers. For a theologian, Bach might be a devilish distraction.  (On the other hand she might compose to the glory of God.)

Bach can be permitted to imitate God’s creativity so long as he is properly humble and avoids self-aggrandizement. Otherwise he puts his piety at risk, despite his writing weekly Cantatas for the Church and despite the apparent piety of works like the St Matthew Passion. Only a devil would want to beat God at his own game.

We fall into — or happily embrace — Biblical or Shakespearean diction when we need the highest and the richest powers of expression. Even atheists can find the idioms of faith – the idioms of communion and love, of rebirth and evil, the demonic, and joy — to be unmistakably fitting whether in coaching basketball or in responding to music or movies or family or political life. We shouldn’t discard or mock these idioms just because their historical metaphysical scaffolding has become a shambles.

Citations: Edward Said, “Cosmic Ambition,” London Review of Books, 19 July, 2001 [A review of Johann Sebastian Bach: The Learned Musician, Christoff Wolff, Oxford, 2000.] Thanks to Michael Bachem and KE. And thanks to Google for images of Bach, of the alluring Julia Fisher, of the possessed Sir Mick Jagger, and of an actor impersonating Paganini.