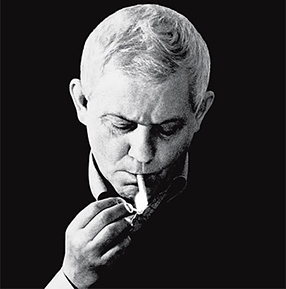 Here Is Why the Classics

Zbigniew Herbert’s poem “Dlaczego klasycy” (Why the Classics) has called out to me for a long while, as did W.B. Yeats’s “Sailing to Byzantium” until I wrote about it. And so I am writing about Herbert’s poem. It gives its history lesson by pulling the reader into the here and now. Yeats instructs by displaying for the reader Yeats’s golden perch outside history. Herbert plants his and the reader’s feet in history, concluding (in Peter Dale Scott and Czeslaw Milosz’s English translation):

Seamus Heaney has commented on Herbert’s poetry: “He shoulders the whole sky and the scope of human dignity and responsibility.” The poem is true to that assessment.

When I was young and growing as a poet, I had imagined my interior as simply walls of bookshelves filled with easily accessible poetry, not so much for collecting as to use as lenses for informing and understanding my exterior world. So I was interested in poems with a vision of history and with a suggestion of a role for the poet, because I wanted reassurance of my relevance. During those decades, I witnessed American universities (except for the elite institutions) eliminate liberal arts programs and devalue the arts and humanities, turning into vocational institutions. Now, having earlier closed all the doors on career options in my life, I am always grateful to have poems for which I can offer analysis in hopes I will be able to confirm what I thought I understood about the arts: They teach possibility. Without the arts in education we end up narrow-minded and lost, not able to recognize alternative worlds.

I’ve used the word corrupting—and I mean by it not the corruption of individuals, but a corruption of a system itself that all of us are forced to participate in against our will. John Kerry

In the case of Herbert’s poem, he reminds readers of past humility and courage, what that looks like, in the face of failure. The possibilities would be in the responses of our leaders to what Herbert suggests is a degenerative pattern in history. Possibility would lie in our leaders, when facing failure and degeneration, considering responses other than knee-jerk reactions.

Derek Walcott called my attention to “Why the Classics” in the early or mid-1980s when talking about Joseph Brodsky. He wanted me to appreciate how Brodsky’s art exiled him from the USSR and the exile’s great cost to the poet and man. We both liked the idea of the “wallpaper” dawning in the poem. If I remember correctly, he liked that the wallpaper took the place of the sun. I have read several translations, but the following understanding relies on the Dale and Milosz translation as it appears in print in The Collected Poems.

I imagine Herbert’s poem as a strip of humble wallpaper among other works of art and writing that speak about history and human behavior. Wallpaper is a decorative pattern of strips pasted side by side to maintain that pattern on walls. It often covers over mundane, pale, bare walls, but Herbert’s particular wallpaper is written history, all we have beyond the oral tradition. Herbert’s pattern is made up of failures in history that inspire human reactions. The poem is a strip of paper that has a printed pattern, a degenerative pattern. Imagine transparent wallpaper overlaying day and night of the here and now and when the reader considers that pattern, dawn should be breaking for the reader. If not, the poem has missed its horizon and the reader needs a second reading.

The pattern of “Dlaczego klasycy” is made up of three sections that are themselves made up of irregular length lines and irregular stanza sizes. The first section is the longest and is where Herbert reminds the reader of the Peloponnesian War (431-404 BC) and Thucydides’s detailed account of it, which includes, besides an apparently objective chronology, speeches, intrigues, and behavior of diplomats and generals. Thucydides’s history of the war is made of eight books and unlike previous histories includes details that were new to the then new genre of history. He claimed that “my work is not a piece of writing designed to meet the taste of an immediate public, but was done to last forever.”

According to Herbert, for arriving late with relief to a battle, Thucydides was condemned to “lifelong exile.” But Herbert tells us that in the history of the Peloponnesian War Thucydides recounts his actions in battle and his subsequent penalty “like a pin in a forest.” The poem suggests that the eight books is a forest within which Thucydides buries himself in order to make the Peloponnesian War his subject.

Section 2 compares “the generals of the most recent wars” (WW I and WW II) and Thucydides’s book to illustrate a change in the attitude of leaders. After their failures, the more recent generals “whine,” “accuse,” and “praise” their own heroism and innocence. No one is exiled. Here we see the degenerative pattern begin with the loss of humility and of courage to face failure.

The pattern continues when in section 3, Herbert’s imagines:

The degenerative pattern is in the broken soul and self-pity, the loss of humility and courage. But Herbert isn’t done with his poem after the “small broken soul.” As we unroll section 3 of the wallpaper, we find it contains his speculation regarding a lack of humility and courage in the future. And here—“what will remain after us / will be like”—is where drama heightens in the poem and Herbert’s understanding “dawns” on the readers, if they can substitute themselves for the lovers.

While contemporary claims of technological progress may be made, the progress of the human psyche is questionable.

Just as he speculates at the start of section 3—with “if art . . . ”—so toward the end of the section he draws a parallel, creating a metaphor for his strip of wallpaper: “like lovers’ weeping in a small dirty hotel.” The heirs to history recorded by writers, including poets, will be like wallpaper. When the readers recognize, as though by a revelation, their humble and more courageous ancestors, the readers will compare the past time and human behaviors with their own and assess for themselves. And what would that say about their leaders who should be modeling for the people they lead behaviors such as the courage to be humble? While contemporary claims of technological progress may be made, the progress of the human psyche is questionable.

The poem suggests that there is a more exalted way of acting or behaving. It encourages readers to put their failures and consequences into historical perspective, remembering that they should be a pin in a forest of more worldly narratives. Acts should not become the victim of unfavorable winds: whining, accusing, and self-praise. One should act as the pre-modern, Greek Thucydides had, as both a responsible party and artist of history. Herbert seems to emphasize embedding one’s situation and actions into the wallpaper of history. The poem suggests that the classics can help us with that task, and that leaders who do not follow Thucydides’s advice should feel ashamed. 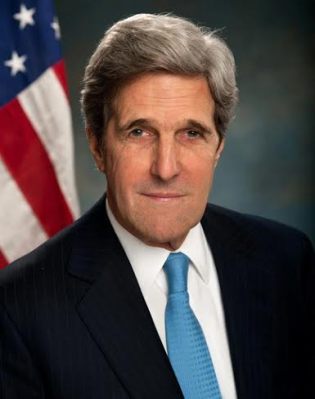 I bring this poem and its insights to the real, contemporary, political world, to John Kerry. I worked for him when he wanted to become Lieutenant Governor and then become U. S. Senator. And now I have mixed feelings.

In his youth Kerry took a stand against the Vietnam War after returning home from the conflict in 1971, and recently as Secretary of State he called Edward Snowden a “coward” and a “traitor.” The cognitive dissonance is unsettling, and it dawns on me that Herbert’s poem calls me to use the wallpaper to assess leaders I have respected in my life. The Swift Boat Veterans for Truth may have sunk Kerry’s presidential hopes at a time when we needed his leadership desperately. He was independent of any political action committees (PACs) and had a greater understanding of domestic and foreign affairs than anyone out there. According to a recent New Yorker article by David Remnick, after the Swift Boaters’ attacks, Kerry kept silent because he was following the advice of Robert Shrum, his chief campaign adviser, who, Remnick writes, restrained Kerry “from hitting back.”

While sailing off Nantucket in Kerry’s sailboat, the journalist Mike Barnacle reported to Remnick that Kerry had confided: “Yeah, yeah, I realize how badly Shrum screwed me.” But, Kerry also told Remnick, “I didn’t carry it [anger]. I didn’t. I didn’t. My wife was mad at me that I didn’t carry it longer.” Teresa stills carries anger, but Kerry declares he does not. “I’m not going to feel regret the rest of my life.” Regardless, his having opposed the war and his having taken no money from oligarchs (PACs) may have made him seem untrustworthy to American corporate and banking interests, notwithstanding his membership in Yale’s Skull and Bones secret society.

In his 2013 farewell speech to the Senate he included the following insight:

I’ve used the word corrupting—and I mean by it not the corruption of individuals, but a corruption of a system itself that all of us are forced to participate in against our will. The alliance of money and the interests it represents, the access it affords those who have it at the expense of those who don’t, the agenda it changes or sets by virtue of its power, is steadily silencing the voice of the vast majority of Americans who have a much harder time competing, or who can’t compete at all. The insidious intention of that money is to set the agenda, change the agenda, block the agenda, define the agenda of Washington. How else could we possibly have a US tax code of some 76,000 pages? Ask yourself, how many Americans have their own page, their own tax break, their own special deal? The unending chase for money I believe threatens to steal our democracy itself. They know it. They know we know it. And yet, Nothing Happens!

After losing the Presidency and saying farewell to the Senate, he should have gone into self-exile and perhaps written his history of empire. 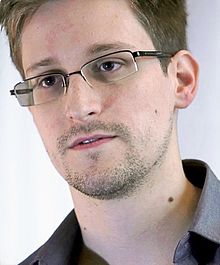 Becoming Secretary of State in a time when democracy has been stolen and replaced by the corporate state has served him as poorly as he has been able to serve it. He should not have involved himself in the corrupt business of the empire any longer. That would have been the courage needed in the face of failure. His calling Snowden a coward is projection or his speaking as instructed. In any case it is not the language of a leader facing failure or a leader attempting to reverse the degenerative pattern. One could easily call the Senate and Congress traitors for the work that they are doing for corporations and not “for the people.”

Where does he fit on Herbert’s wallpaper? He accused Shrum and Snowden and lets his wife do the whining: he’s in Herbert’s dirty hotel room. For Herbert’s art, he is the “small broken soul.” For me, Edward Snowden is more apt to take Thucydides’s place.

exiles of all times
know what price that is

Rich Murphy’s credits include eight collections of poems. His critical essays have been published in The International Journal of the Humanities, Journal of Ecocriticism; Reconfigurations: A Journal for Poetics Poetry / Literature and Culture; and New Writing: The International Journal for the Practice and Theory of Creative Writing; among others.