if God leaned down

and gave you a full, wet kiss?

Some words, like people, move us before we’re really aware of what’s happening. We return the glance from across the room instantaneously, spontaneously. Sometimes words are like that, a contagious spark.

We dance in the space of words and things worded. A quickness of phrase or movement will quicken an alert return. The glance and spark not just of looks or gestures but of words set us in sympathetic motion.

Midweek I read these words of Virginia Woolf that dance in an essay by William Eaton. Some of you will have read them in his Zeteo post, or you might recognize them from To the Lighthouse. Struck, I went back to reread them:

let the poppy seed itself and the carnation mate with the cabbage.

Let the swallow build in the drawing-room,

and the thistle thrust aside the tiles

I savor these, like an unexpected kiss. I get caught up and spun along bodily. The lilt is contagious. “Let the poppy seed itself.” I hear music. I don’t stop to analyze or parse or cogitate or emote.

Part of a longer excerpt, these lines were waiting in William Eaton’s Christmas post from a few days back. I found the entire essay moving, especially his way of setting in motion Woolf’s words, shining out — only to abut the halting funeral tread of T. S. Eliot’s foreboding, “This is how the world ends, This is how the world ends  . . . .”  It struck as an inspired coupling of opposites.

To the Lighthouse and “The Hollow Men” arrived in England within a year or two of each other in the mid-nineteen-twenties after the devastations of war. Each envisions the end of the world.

Eliot and Woolf are relaying the end of days. William Eaton delicately merges her song with his dirge, and both with Paris Climate talks and then with William Sloan Coffin’s words from the midst of the Vietnam War — words also haunted by the end of days. Yet

Broken glass and grass underfoot appear in both excerpts, as if Woolf had read Eliot, or Eliot had read Woolf. Nevertheless, these words are portals to different worlds. We enter clashing sensibilities. Only the short excerpt from To the Lighthouse leaves me singing.

Woolf offers happy invitations to wind and swallow and thistle, to grass and to berries. Here’s how she finishes the invitations begun above:

and be tangled over with grass and wild berries.

Eliot rejects this good cheer. He doesn’t muffle broken glass under berries and grass. Part of his cramped and shriveled lament goes like this:

Are quiet and meaningless

As wind in dry grass

Or rats’ feet over broken glass

Eliot and Woolf almost intersect, but there’s no easy dance.

Woolf wouldn’t have “dried voices” but moist, liquid ones. Hers aren’t “quiet and 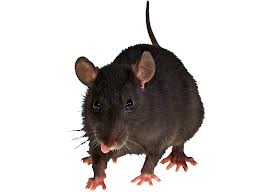 meaningless” but lively, laughing, and warmly invitational — even with people having largely abandoned her home and its landscape. The light from the lighthouse, and the swallow and cabbage remain.

Woolf’s “broken glass” isn’t threatening. It’s nicely buried under a carpet of berries and grass, soft to the touch. She doesn’t have scampering rats.

A “wind in dry grass” sings from Woolf’s pen. Eliot has wind in dry grass “silent and meaningless.” Woolf leaves us a world nearly emptied of people. Nonetheless it’s redolent of joy, a world well worth embracing.

Eliot ratchets down Woolf’s affect and movement. Woolf makes me happy to be alive and afoot even knowing there are shards buried under the berries. Eliot leaves me hollowed out. His steady, steely words are the gift of rats treading on broken glass.

Did Eliot and Woolf face the same world?

Can the same world anchor both a song of celebration and a grim lament?

Some holidays are laments, like Eliot’s. Others are celebrations. Christmas and New Years are joyous celebrations — though New Years starts darkly, ushered in with lamentation for the dead (“Lest old acquaintance . . .”). Memorial Days are laments for the war dead. They lead us to graveyards and bowed heads.

We seem caught between pain and happiness. William Eaton reminds us that lamenting Christ’s painful, tragic death is only act one. It’s followed by a celebration of his resurrection, his escape from rats’ feet and far worse.

We are creatures who can’t escape tragedy, suffering, and affliction. We are also creatures blessed with joys. We dread war and suffer its disasters. Yet in this time of mistletoe, we can imagine the possibility that God will lean down with a kiss.

These thoughts arise only after a gift of striking words, words that sweep me up, or put a chill in my spine, or surprise me like an unexpected touch from heaven (or hell).

Citations: Daniel Ladinsky has published a book of poems he attributes to the Persian poet and Sufi, Hafez; they are no doubt his invention, though Penguin keeps “Hafez” in the title. God reaching out is, of course, Michelangelo. William Eaton’s essay is found at https://zeteojournal.com/2015/12/23/woolf-eliot-global-warming-christmas-zeteo-eaton/#sthash.cFlGTx2t.dpuf. KE Smith gave helpful suggestions, and Google Images, as usual, helped out.