I’ve just received a collection of essays on nature that includes exchanges among academics allied with ecology, literature, and theology. What caught my eye was an essay titled, “Dream Writing.” It reminds me of Thoreau’s phrase, “dreaming awake.” That’s what it was to look skyward from his skiff in the center of Walden Pond.

The author, Susan Pyke, writes from the University of Melbourne on literature and ecology. She wonders if reading poetry and novels can enter the body to animate it, the way dreams do. Perhaps poetry and novels can be transformative, altering our availability to aspects of landscape, country, and each other — aspects that we’d otherwise miss. These might then let us act in ways we otherwise wouldn’t.

Pyke takes up a particular poem of Anne Carson that builds in characters and place from a novel, Bronte’s Wuthering Heights. But what makes Carson’s work “dream writing”? Some of you will have read Carson’s wonderful essays, poems, and translations from the Greek. She has a talent for letting dream-figures overlap and merge with other dream-figures, and also overlap with waking-figures. Dreaming veers off from wakefulness, and blurs the line between them. Oedipus might be whispering in our ear through the lips of an ordinary Canadian graduate student, or through the lips of another poet, say a line from Rilke.

The pay-off in allowing this overlapping of real and imaginary figures (so common in dreams) is that it allows conversations and actions to transpire that would be ruled out in court, or in conversations with cabdrivers, or in a news anchor’s show. But we don’t have to write or think always in the vein of court reporters. Dreams and dream writing and Thoreau’s “dreaming awake” are out of that box, thank god. 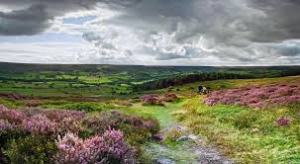 Pyke, the author of “Dream Writing,” listens to Anne Carson’s poem “The Glass Essay” and to Emily Bronte’s character, Cathy, from Wuthering Heights. Cathy can hear the moor speak to her (as in a dream); Thoreau can have toads dream (as their snoring lets on); and Anne Carson can hear her Canadian prairie talk back or whisper as if it were Cathy’s moor. Carson can write a poem titled “The . . . Essay” that converses with a novel.

Strict measures of time and genre and place are blurred or morphed, as are strict measures of self. Is Anne Carson a version of Cathy as she (Anne) dream-writes her poem, and is the Canadian prairie now an English Moor as she dream-writes? As Thoreau writes of dreaming toads, he is “dreaming-awake” he says. But can he have it both ways? Don’t we need a solid wall for sanity’s sake between dreaming and waking? 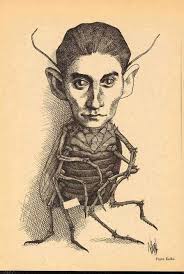 Of course not. In court or in a cab the wall will be palpable. Reading Kafka or Snow White, or watching Woody Allen’s “Irrational Man,” it will be palpably absent. Children’s books are full of dream-writing and dreaming awake. Perhaps they define the genre. Parents love them while children muddle through. Musical lyrics, theater, opera, and exquisite prose are full of dream-writing.

There’s that wonderful sentence from William James that Steve Webb passed on two posts ago. There’s no better way to describe that sentence than “dream writing” or “dreaming awake.” James writes to his good friend the philosopher Royce:

I lead a parasitic life upon you, for my highest flight of ambitious ideality is to become your conqueror, and to go down into history as such, you and I rolled in one another’s arms and silent (or rather loquacious still) in one last death-grapple of an embrace.”

Here the dream is not of a prairie or a moor that speaks but of a respectable professor picturing himself first as an insect or parasite then shape-shifting into a world-conqueror — again shape-shifting to roll crazily-coupled down a grassy hillock in joy that is also a death dance — all the while mute-and-loquacious.

If we lose the capacity to take down the wall between dreaming and non-dreaming we’d lose not only big hunks of poetry and fiction but also exquisite sentences like this one from James. Taking down the walls lets Thoreau be closer to toads, Cathy be closer to the moor, and Anne Carson be closer to Cathy (and Emily Bronte) — and all of us closer to these writers and each other and the countries and places and dreams so inhabited.