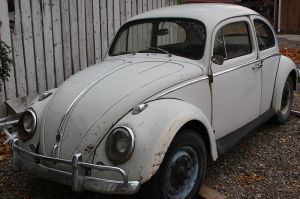 There is an undocumented age crisis that occurs in the early thirties. Indeed, the onset of this decade might mark the actual “coming of age.” Eighteen is still shrouded by the incredulous, protective shield of childhood, as is any age before twenty nine. But thirty-three is different. It is lucid and stunned and dismayed at the same time.

I held this notion as an inkling until reading the poem below by German poet Hans Magnus Enzensberger, which confirmed it as poetic fact. Mr. Enzensberger, born in 1929, witnessed the Third Reich’s reign and legacy on his nation. So, he knows of dismay. He also knows of changing political views that are held in a personal, perhaps lighter way.

The character in his poem “At Thirty Three” seems extracted from Nobel Laureate Doris Lessing’s The Golden Notebook. The professor lover, the Hesse, the men who take no liberties, the batik dresses, the hidden preoccupation with beauty. And, of course the loosely held Trotsky.

Enzensberger’s other work maintains his cynic, impassive view. Jacket2 Magazine published a few that can be read here.  The Poetry Foundation also has a few available here.

It was all so different from what she’d expected
Always those rusting Volkswagens.
At one time she’d almost married a baker.
First he read Hesse, then Handke.
Now often she does crosswords in bed.
With her, men take no liberties.
For years she was a Trotskyist, but in her own way.
She’s never handled a ration card.
When she thinks of Kampuchea she feels quite sick.
Her last lover, the professor, always wanted her to beat him.
Greenish batik dresses, always too wide for her.
Greenflies on her Sparmannia.
Really she wanted to paint, or emigrate.
Her thesis, Class Struggles in Ulm 1500
to 1512 and References to them in Folksong:
Grants, beginnings and a suitcase full of notes.
Sometimes her grandmother sends her money.
Tentative dances in her bathroom, little grimaces,
cucumber juice for hours in front of the mirror.
She says, whatever happens I shan’t starve.
When she weeps she looks like nineteen.