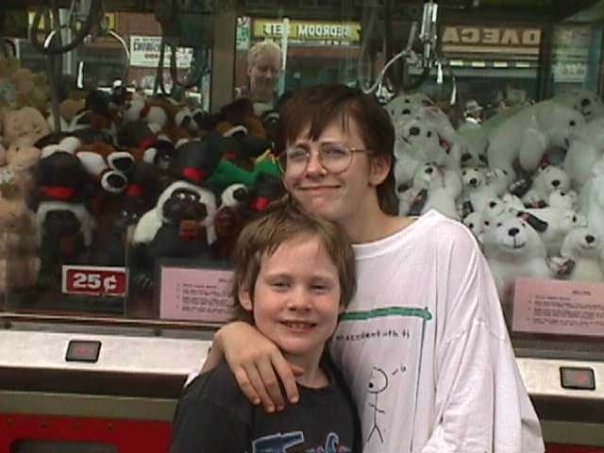 Last December, here at Zeteo, I questioned the naturalistic theory that stress induces African-American parents to abuse their children at greater rates than do European-Americans (even when accounting for income disparity). Citing Jared Diamond‘s observation that communities residing in more dangerous environments tend to engage in harsher and more frequent physical punishment of children, I posed the rationalist theory that perhaps dangerous environmental conditions, including racial policing, are responsible for racial disparities in child abuse. During this most recent spring semester, however, one of my students wrote his final paper on child abuse, from which I learned that almost 80% of child abuse cases are due to neglect–as opposed to physical, psychological, and sexual abuse–leading me to question meaningfulness of child abuse statistics from a criminal justice standpoint.

What constitutes neglect depends in part on when and where you live. In 1999, Minnesota legislated that exposure to domestic violence constituted neglect, enabling the state to prosecute battered women for child abuse. In April 2015, a Florida resident called the police on his or her neighbors after observing their son playing basketball alone in their yard for 90 minutes. The parents were charged with felony neglect and temporarily lost custody of their children. Backlash against the increasing number of cases like this has popularized the “Free-Range Kids” movement.

Neglect is certainly a serious issue. One study from UNC and Smith College suggests that among the five types of child abuse, physical neglect is the greatest predictor of childhood delinquency. The individualized criminalization of neglect, however, is even more absurd than the individualization of other forms of abuse. Experiences of childhood and adolescent physical, psychological, and sexual abuse have proven time and again to be strong predictors for perpetrating these same crimes as an adult. Nevertheless, insofar as anybody is blameworthy for anything, it’s easier to blame an individual for committing an affirmative abusive action than it is to blame an individual for the lack of an action that other people could conceivably have committed as well. The latter study even specifically indicates that experiencing childhood neglect, unlike physical, psychological, and sexual abuse, does not correlate with perpetrating neglect as a parent, which suggests that it is not a learned behavior.

Recognizing that neglect constitutes nearly 80% of abuse cases may explain why poverty and income inequality correlate with child abuse in the US. As long as impoverished adults are forced to neglect their children in order to earn an income, often by taking care of wealthier people’s children, it is absurd to consider these working adults guilty of neglect (alternately, they could stay home and spend quality time with their kids, though their lack of income would eventually constitute medical neglect). Perhaps racial disparities in child abuse may be explained by neglect as well. African-Americans with high incomes, and who live in richer (typically Whiter) neighborhoods, may in fact be found to have disproportionately neglected their children due to the lack of social support they receive from their potentially racist neighbors.

Including neglect in child abuse statistics is clearly useful for understanding a child’s subsequent behavior, for which it isn’t particularly important who was the agent of abuse. Insofar as child abuse remains a criminal justice issue, however, it is important to consider that neglect is the result of not just personal failures, but community, institutional, and social failures as well. A society that demands participation in the workforce from each parent and which doesn’t consider child-care to be a right cannot act shocked when children are systematically neglected. A person, moreover, who considers it productive to monitor his or her neighbor’s children only insofar as it helps him or her file a police report cannot be said to be a member of a “community,” but rather an agent of a police state.

Growing up in the 90s in Park Slope, Brooklyn, my brothers and I walked home from school every day and played whiffle ball in the street with the other kids on our block. Our father was our baseball and soccer coach, Cub Scout Master, and built a jungle-gym in our backyard that served as the unofficial community playground. Even when working from home, however, he didn’t watch over us every second of every day. That job was already taken by the two old women down the block who sat on lawn chairs on their stoop every afternoon. Had they wanted to, I guess those women could have kept a dossier on every family on the block, and gotten every single parent charged with felony neglect. Instead, their passive policing helped produce a generation of street-smart children, who have for the most part gone on to be successful adults. If society can’t even get that right, we’re all in trouble.