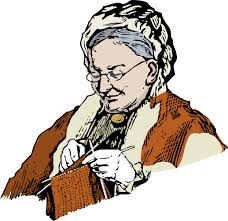 What would it be to find wisdom in an unhurried way of life? What is it to discover a “sensuous slowness” in one’s life – to discover a Sabbath or sabbatical? Franco Berardi, an Italian Marxist, dons the cloak of a prophet. He foresees

a cultural revolution based on . . . facing the inevitable with grace, discovering the sensuous slowness of those who do not expect any more from life than wisdom — the wisdom of those who have seen a great deal without forgetting, who look at each thing as if for the first time.

As I assume the prospects of my seventh decade, and putting cultural transformations aside, I wonder if a personal revolution— a move toward “sensuous slowness” — might become a natural feature of my unwinding days: days that face the inevitable, and face it, I would hope, with as much grace as possible.

Of course, the conservative position would have my future be nothing more than an extension of earlier life — so far as health permits. I’d expect daily and weekly schedules full to overflowing, with new goals naturally supplanting old ones, ad infinitum. Jimmy Carter seems as busy as ever at ninety — still the familiar public figure he was when president, with people to see, things to do, places to go.

Philosophy should encourage wisdom, the wisdom that measures pace and quality and tenor of life. Perhaps there is a time for remembering as much as for doing, for recalling as much as for accomplishing. In mid-life we might take it as self-evident that the order of the day is to manage and suffer a heavy schedule of obligations and to accept that there is always yet another task — or several — to complete. Should this remain a person’s lot, no matter which decade is inhabited — one’s fifth or seventh or ninth?

Berardi speaks of “looking at each thing as if for the first time,” which reminds me of the wisdom of Thoreau who sought new dawns and “a newer testament — the gospel according to this moment.” It also reminds me of Kierkegaard, who recommended that we find “the sublime in the pedestrian.” To surrender to the present moment and be alert to the wonders of the pedestrian means we’ve left non-stop achieving, accomplishing, striving. It means that we embrace slowness, and “the wisdom of those who have seen a great deal without forgetting.”

We must be content here with half-thoughts or images, I think, and forgo ringing conclusions or subtle erudition. Can we countenance an image of wisdom more gently grandmotherly than combatively Socratic or regally assertive? I picture an old woman knitting in a rocking chair by the window. Children and grandchildren and other assorted admirers, neighbors, and kin come to her. She is wise despite saying very little. She listens.

Perhaps this wise woman rocks as she knits and gazes out on the meadow. She doesn’t do much practical planning or anticipate accomplishments. Her life is slow, without striving, and composed. It’s sensuous because she relishes a look out the window and the feel of her yarn, the sound of a plaintive or stumbling voice, the music of a kettle coming to boil, the smile or consternation in the face of a youth by her side. She doesn’t give that much advice to those who bring her their bewilderment and anxiety — certainly nothing intellectual or abstract. In fact she’s largely silent. She’s quietly but supremely attentive.

But the young and less old come to her. Would they know it’s her wisdom they come for? They sense she has seen a lot of life, and has heard and been witness, over the years and decades, to the ups and downs of life, delivered intimately from family and acquaintances, and she has had ups and downs herself. Yet she is content, and content to remember and be grateful. She’s attentive to each moment as if it were the first in her life. This is at least one kind of wisdom, isn’t it? Is it the best kind?

Citations: Franco “Bifo” Berardi, Exhaustion and Senile Utopia of the Coming European Insurrection; Thoreau, Walking, para. 82 (which begins “Above all, we cannot afford not to live in the present”); Kierkegaard, Fear and Trembling, trans. Alastair Hannay (New York: Penguin, 1985) p. 70.