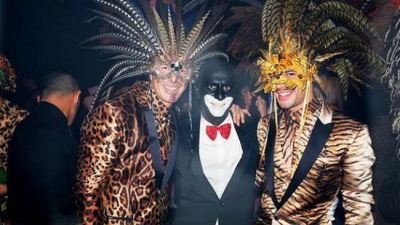 The holiday season ended with my brother, who went to high school with Azealia Banks, showing me her 212 video, which is amazing, but which was inevitably followed by my first Iggy Azalea video, which was less so. Iggy Azalea’s behavior, for anybody who’s watched or listened to Fancy, is obviously problematic. Nevertheless, it’s important to discern between what we can and can’t blame on Iggy.

Musically, Iggy Azalea is merely the latest in a long line of white musicians to borrow heavily from black musicians. If music were more like academia–and songs came fully cited–there might be less ambiguity as to what is appropriation, what is appreciation, and what is inevitable cultural exchange. However you cut it, it is not the fault of the artist, but the racism of the entire music industry–from record companies, to awards-granting academies, to white consumers–that makes certain sounds more accepted if they’re performed by white artists. 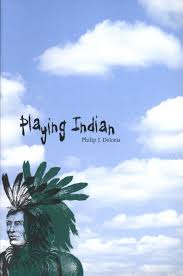 Iggy Azalea should be held responsible, however, for committing a far worse offense than uncredited appropriation. Iggy Azalea raps in Black-voice: the moral, audio-equivalent of Black-face. Iggy doesn’t naturally speak that way, nor does she identify as having the voice that she raps in, but rather adopts the accent of an African-American from the Southern United States in order to gain popularity or notoriety–but either way fortune and fame–then stops using that accent when she isn’t performing her music.

In Playing Indian, Philip J. Deloria documents the different reasons throughout American history that white people have donned “Indian” personas, dresses, and masks. During the American Revolution, European-Americans masked to differentiate themselves from the Continental Europeans (Deloria, ch. 1). In the 20th Century, suburban whites dressed their children as Indians in their attempts to get them in touch with nature (ch. 4). Even while extolling the virtue of Native Americans, whites benefitted from being able to make up whatever they wanted about a people they had nearly exterminated, all the while taking comfort in the ability to shed their masks at a moment’s notice and return to a state of white-privilege.

Among other things, it is that sense of comfort in Iggy’s voice, the sense at any minute she can drop the performance and get an office job using her natural, upper-class, white Australian accent, that makes her so boring to listen to. And it is Azealia Banks’ genuine rebelliousness–by virtue of being a black hip-hop artist, by virtue of being a female who owns her sexuality–that that makes her so fun to listen to.