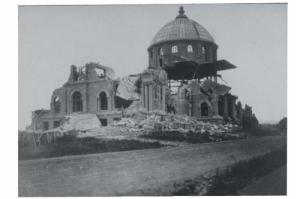 In a call with New York Times investors, the company’s chief executive said the Times was seeking to be “unashamedly experimental and willing to adapt.” He was quoted in a newspaper article about how the company was, once again, reporting a quarterly loss, and this not least because of costs associated with buying out and laying off its employees.

It will be news to no one that the Internet has been a kind of earthquake for journalism, journalists, and publishing more generally. The aftershocks are continuing, and writers, publishers, photographers, ad sellers, readers continue to search among the debris for what may grow there. (Another part of this story is the increasing monopolization of the Web by a very few companies. This would be the whale in the Moby Dick illustration below.)

It will be news to no one that the Internet has been a kind of earthquake for journalism, journalists, and publishing more generally.

Zeteo might be considered a small, if meaty plant that has been growing in the shade of broken concrete. Certainly we try, much like the Times, to be unashamed, experimental, and adaptive. But there is a sense in which our situation is doubly tenuous and doubly exciting. This because of our connection to academia, which is experiencing its own earthquake.

The earthquake now upheaving academia, and institutionalized education more generally, is a somewhat more recent event than the earthquake that has twisted and transfigured journalism and publishing. It might be said that professors (and a few parents?) are currently afraid of how education, and higher education in particular, may be transformed by computerized teaching and texts, by Massive Open Online Courses (MOOCs) and vulnerable, temporary staff (a.k.a. adjuncts), by the increasing power of administrators, fund raisers, and professors with connections to business and government, and by the declining autonomy of intellectuals. But the fear is misplaced if it is a way of denying that the earth is already shifting and that what remains, above all, is to survey the debris and to try to figure out what can now grow, how to rebuild.

How can we, as a society, continue to educate people (as contrasted with granting degrees), and to educate them to think critically and creatively, and even holistically: uniting body, mind, spirit, and feelings? How can we nurture the parrhesic and Socratic-Platonic tradition in which intellectuals are not the hard-thinking servants of power and money, but, at the very least, gadflies, speaking truth to power?

I would stress that—as an overcast day can have its éclaircies, its bright clearings—Zeteo is a hopeful undertaking. In the “lean startup” tradition, and like the Times apparently, at Zeteo we see ourselves as trying all sorts of different approaches and seeing what works. For us, this does not mean what makes money, but what seems to promote good writing, thinking, feeling, and reading. (And this should include writing about the various earthquakes and other discontents of our times, the Dark Ages of capitalism.)

We use the word “reader” in an old-fashioned sense—to mean people who have time and take the time to read each sentence and question—reflectively, critically, and with feeling.

While we are an online journal, and thus committed to engaging online readers, we use the word “reader” in an old-fashioned sense—to mean people who have time and take the time to read each sentence and question—reflectively, critically, and with feeling. As regards academia and intellectual work, we are also interested in exploring new forms—in particular work that combines “the personal, the political and the intellectual.” We believe that the transformation of educational institutions and of publishing, along with the growth of electronics, will lead to the development of new forms of intellectual writing (or “communicating”), and to the privileging of some existing forms and the dismissing of others. As for where we—as a journal, as a society, as writers and readers—are going to end up, at Zeteo we do not imagine that we know this any better than did the human beings who, in the Middle Ages, began building universities.

Abandoning the earthquake analogy, I note the possibility of editors, publishers, academics, intellectuals feeling as if they—we—were in rudderless ships on stormy seas. There is also the excitement of the drama and a heightened sense of being alive, confronting mortality, learning to improvise, persisting a little longer.

We appreciate all who are explicitly or tangentially joining with us in this adventure, and we remain open to your thoughts and suggestions. 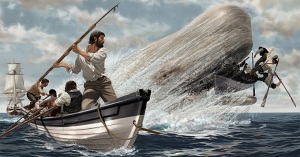 Photo above is of the library at Stanford University following the 1906 earthquake.

Illustraion here is from Rodolfo Damaggio, a concept artist and illustrator from Brazil.

The Chronicle of Higher Education has been doing an excellent job, and for years now, of reporting on and encouraging discussion of the transformations of academia.

Lean startup is a method for developing businesses and products. It was first proposed in 2011 by a Silicon Valley entrepreneur and author: Eric Ries. Click for a lean-startup cheat sheet.

As regards intellectuals speaking truth to power, readers might see Is Nothing But (Barthes & La Rochefoucauld), Zeteo is Reading, 26 October 2014. In 1983, at the University of California, Berkeley, Michel Foucault gave a series of lectures which are now available online as Discourse and Truth: The Problematization of Parrhesia.

As regards, “the personal, the political, and the intellectual,” readers might see:

The philosopher Martin Heidegger, in quite another context, in Germany in 1934, wrote of wreckage being “the highest form of human experience, in which we meet with the effective world-powers in their merciless efficacy.” (Quoted in “Heidegger in Black,” by Peter E. Gordon, New York Review of Books, October 9, 2014, p. 27.

Click for pdf of Of Earthquakes, Stormy Seas, and Zeteo