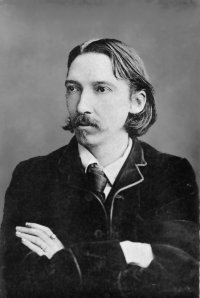 I found a nice little verse at the Brooklyn Botanical Garden last weekend; it was placed at the base of a fountain with a statue of a child surrounded by ivy. This is from Robert Louis Stevenson’s A Child’s Garden of Verses and Underwoods, published in 1913.

When the golden day is done,
Through the closing portal
Child and garden, flower and sun,
Vanish all things mortal

A quick search online reveals that Stevenson was a celebrity in his own time, but with the rise of modern literature after World War I, he was seen for much of the 20th century as a writer of the second class, relegated to children’s literature and horror genres. It’s sad to see how marginalized children’s literature has traditionally been, and I was happy to see the botanical garden give it a better space.

Condemned by literary figures such as Virginia Woolf (daughter of his early mentor Leslie Stephen) and her husband Leonard, he was gradually excluded from the canon of literature taught in schools… The late 20th century saw the start of a re-evaluation of Stevenson as an artist of great range and insight, a literary theorist, an essayist and social critic, a witness to the colonial history of the Pacific Islands, and a humanist…He is now being re-evaluated as a peer of authors such as Joseph Conrad (whom Stevenson influenced with his South Seas fiction), and Henry James, with new scholarly studies and organisations devoted to Stevenson. No matter what the scholarly reception, Stevenson remains popular worldwide. According to the Index Translationum, Stevenson is ranked the 26th most translated author in the world, ahead of fellow nineteenth-century writers Oscar Wilde and Edgar Allan Poe. 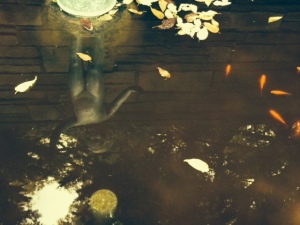