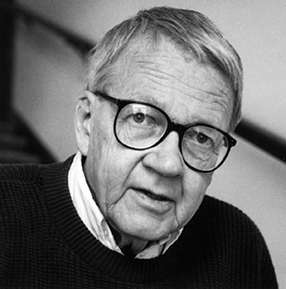 According to The Poetry Foundation, Donald Justice (1925 – 2004) was “one of the twentieth century’s most quietly influential poets.” He was a beloved teacher to many of the current greats, including Pulitzer Prize-winners Rita Dove and Mark Strand. A poet who can actually teach others is exceedingly rare because the task asks for a great deal of generosity, a trait that the very private métier often lacks.

His own work holds a quiet reverence without being dull or academic. Rather, it combines precision, heart and ease. Below is one of my favorite samples of his ability to make traditional form relevant and fun.

Ode to a Dressmaker’s Dummy