Children usually have little purchasing power but are a big marketing audience. In the United States, as in many other parts of the world, an entire industry revolves around children’s consumption habits. Leggo, Barbie, and Disney are among the better known companies. But there are also many others that target less “mainstream” markets. This post is about such “marginalized” markets as analyzed by social researcher Elizabeth Chin in her book Purchasing Power: Black Kids and American Consumer Culture. Chin’s book documents how children in a poor and marginalized neighborhood of Connecticut buy products to create and maintain social ties.

Instead of consumption being a means for acquisition of things, consumption instead is an important medium through which children’s everyday social kin and relationships are created and maintained…. Because consumption is at its root a social process, it is enmeshed with the full range of social action from positive, altruistic expressions to destructive and violent outbursts. The reality of consumption offers ample space for people to find profound meaning in their worlds and existence, to integrate (rather than fragment) a sense of self and to utter or perform commentaries about what they see and feel in daily living.

Chin hopes to move beyond the stereotypical notion that poor black children are obsessed with status symbols (that they will kill each other over a pair of the latest Nike Air Jordan). She offers an alternate image of children that put practicality ahead of status in their purchasing decisions. On a twenty-dollar shopping spree with Chin, for example, one boy chooses a walkie-talkie set over an X-Men figure because he can share such toy with his younger brother. From samples like this, Chin concludes that:

Children in Newhallville often turned the consumer sphere to their own expressive and prosocial purposes, using shopping as a way to create connections to their family and friends, as a sphere of creative play, or a realm in which they could construct critical assessments of the world around them. The consumer lives of these children from Newhallville show the complex ways in which forces of ideology, hegemony, and power can be bent—if only temporarily—into the contours of a particular life. These children do not necessarily view racial boundaries (at least as embodied in their toys) as innate and firm, something made especially clear in their doings with their white dolls. But while putting braids on a blonde doll can bend the boundaries of race… these are not commentaries that take place outside of the pressures exerted by the very racism and social inequality about which thy speak.

Chin’s project reveals much about the power of consumption and about how social inequalities are formed, experienced, imposed and resisted. But, on a more basic level, it also speaks about the way in which consumers—child and adult alike—use products to create meaning. In giving away gifts, people hope to strengthen relationships. And, while learning about children making purchasing decisions based on social ties can be heartwarming, isn’t it concerning at the same time? How innocent are such early displays associating consumerism and gift-making with love and care? Is it out of context to hope for a more basic relationship in which production, rather than consumption, is used as a marker of care? Needless to say, the children in Chin’s book (marginalized, abused, and disenfranchised) have fewer options than the rest.

Elizabeth Chin’s book was published by the University of Minnesota Press in 2001. She is an associate professor in the Department of Anthropology at Occidental College in Los Angeles. 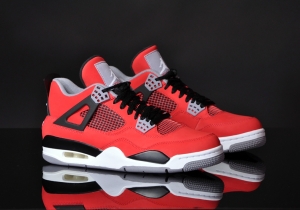