The problem of representation in children and childhood narratives

One of the greater challenges of writing about children has to do with representation. Children are rarely given a space to speak freely. Because their voices are not accessible to adults, people who speak about children run the risk of seeming to speak for them. Sadly, this is also the very goal of others: to manipulate what children—inadvertently or not—communicate.

In most cultures, childhood is a symbol of innocence. This vulnerability is used to justify political action. I have tried to explain this many times before, but no one—to my knowledge—does it better than historian Karen Dubinsky. In an article entitled Children, Ideology, and Iconography: How Babies Rule The World, Dubinsky analyzes political propaganda to explain how, in political posters, children appear so that adults can act. Taking from the poster with the sleeping toddler, she explains:

One of the most natural, taken for granted social categories for several centuries has been the distinction between adult and child. I believe the imagery of children in political posters (generally designed by and for adults) can teach us a great deal about how these relations of power are maintained. These children do not simply absorb, experience, or represent adult-initiated political issues. They also sustain them.

defenseless, cowering from ideologies or bombs or poverty or forms of racialized violence, in need of a strong nation state, or revolution, or political party to protect them… The vulnerability of children authorizes a particular form of subjectivity, which ought to be understood as political.

There is a disparity between what children are allowed and what they are used for. This gap is a particularly pressing concern these days, as hundreds of children are abused to advance specific political agendas, for example, in Gaza. As a friend said in response to my post on the poetry of the children of Gaza, children “and their ‘innocence’ are being used by political groups, and it is their suffering and the violations of their innocence that is being used most of all.” Children are used as a weapon to fight for specific interests.

The problem of representation is particularly visible in political propaganda, but anyone dealing with children should engage in the same dilemma: How can we speak about them without necessarily speaking for them? 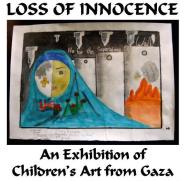 Karen Dubinsky, “Children, Ideology, and Iconography: How Babies Rule The World,” Journal of the History of Childhood and Youth 5.1, 2012.