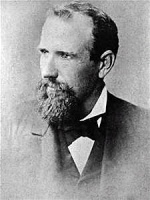 “The acute pain of solitude experienced at first never returned” to Capt. Joshua Slocum, author of the quintessential travelogue, Sailing Alone Around the World.

I met Neptune in his wrath, but he found that I had not treated him with contempt, and so he suffered me to go on and explore.

Slocum left Boston on April 24, 1895, returning three years later. His book was an international bestseller. It is a delightful, incredible, fabulous and awesome story. Delightful because of its superb illustrations and because Slocum makes his vessel, Spray, the narrative’s hero, focusing on her seaworthiness, her consistency and gallantry, while all along, the story is about him. After passaging the Straits of Magellan’s notoriously rough seas, and heading toward the calm trade winds of the Pacific, Slocum encountered a tempest that literally blew him back into the Straits, forcing a repeat of the same wild and savage route. Upon his first exit of the Straits, Sloan said,

The Spray… plunged into the Pacific Ocean… The sea was confused and treacherous. In such a time as this the old fisherman prayed, “Remember, Lord, my ship is small and thy sea is so wide!” I saw now only the gleaming crests of the waves. They showed white teeth while the sloop balanced over them… No ship in the world could have stood up against so violent a gale. Knowing that this storm might continue for many days, and that it would be impossible to work back to the westward [into the Pacific], there seemed nothing to do but to keep on and go east… as though about to round [Cape] Horn [into the Straits], while the waves rose and fell and bellowed their never-ending story of the sea; but the Hand that held these held also the Spray… Even while the storm raged at its worst, my ship was wholesome and noble. My mind as to her seaworthiness was put at ease for aye.

Sailing Alone is incredible and awesome because of Sloan’s accomplishment. He was the first to circumnavigate the globe solo. It is a fabulous story because of the places Sloan visited and the folks he met, for example, Juan Fernandez Island, home to Alexander Selkirk, cast away from 1704 to 1709, inspiring Defoe’s fictional character in the novel of the same name, Robinson Crusoe. Sloan said,

I of course made a pilgrimage to the old lookout place at the top of the mountain, where Selkirk spent many days peering into the distance for the ship which came at last…  I sailed from Juan Fernandez, having feasted on many things, but on nothing sweeter than the adventure itself of a visit to the home and to the very cave of Robinson Crusoe.

Flexibility, keen powers of observation, taking nothing for granted, patience, enjoying the ride – getting there – more than the destination and knowing the difference between being alone and loneliness: these are the traits of a traveler. Sloan does them justice.

Click here to see a wonderful informative “3D” audiovisual illustration of Sloan and Spray’s journey, chapter by chapter. It is a marriage of animation, audible books – the voiceover reads Sailing Alone – and Google Earth. Requires a bit of bandwidth – Wi-Fi may not be enough. I viewed using Google Chrome. Other browsers require a plug-in.