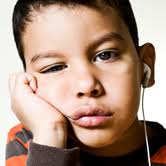 Adam Phillips makes a good point about the way adults feel and manage children’s boredom. In On Kissing, Tickling and Being Bored: Psychoanalytic Essays of the Unexamined Life (Harvard University Press, 1994), Phillips examines the underlying meaning of people’s preoccupation with boredom. “Is it not indeed revealing,” he asks “what the child’s boredom evokes in the adults?” What concerns us, he suggests, is children’s lack of concern:

Heard as a demand, sometimes as an accusation of failure or disappointment, it is rarely agreed to, simply acknowledged. How often, in fact, the child’s boredom is met by the most perplexing form of disapproval, that the adult’s wish to distract him—as though the adults have decided that the child’s life must be, or be seen to be, endlessly interesting. It is one of the most oppressive demands of adults that the child should be interested, rather than take time to find what interests him. Boredom is integral to the process of taking one’s time.

Philips criticizes the way we teach children to see boredom as an incapacity, rather than an opportunity (e.g., to explore themselves, to seek their true desires). But while recognizing the importance of such free spaces, we should also note that boredom does not equal self-exploration. How many children attempt to “fix” boredom by zapping through TV channels? In this sense, having a meaningful boredom seems just as important as allowing children to experience boredom in the first place.