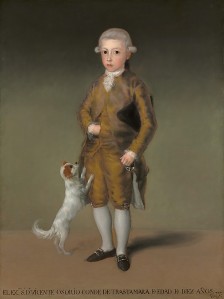 Childhood as a Modern Invention

The Metropolitan Museum of Art is featuring an exhibition of Goya’s four portraits of members of the Altamira family. In walking through the exhibition’s small room last Friday, Goya’s paintings of the children and their accompanying labels reminded me of a book I read last year. In The Erosion of Childhood, Valerie Polakow examines the evolving meaning of childhood through time, using text and imagery to explore its changing value. In her early chapters, Polakow asks:

Is childhood itself a social invention or is it a natural state of being? Has childhood always existed or is it a social space created by the developing bourgeoisie of post-feudal Europe which came of age during the nineteenth century, a period described by Aries as the “privileged age” for this particular division of human life?

If the very idea of childhood itself is a myth, what of the vast and voluminous body of theories that abound in the social sciences regarding children’s psychosexual and cognitive development, their early education, their learning and motivation, their creativity, their moral reasoning—and so the list of categories continues. What of the age-segregated institutions that have sprung up in recent decades to specifically cater to young children, the growth of child-related literature, debates on quality childcare, attachment, and mother-child separation? As Robert Coles has put it, “In this century of the child, there is little left, it seems, to say about what does or does not happen to the young.” We have psychologized childhood; we have outstaged childhood, never questioning whether, in fact, childhood as an idea is a relatively modern invention, created by adults grounded in particular sociohistorical epoch.

Goya’s above portrait of Vicente Osorio de Moscoso, Conde de Trastamara (ca. 1787) as a child, temporarily on display at the Met, exemplifies some of the previous ideas about the young that Polakow brings into discussion. The portrait, bombastic in depiction and title, is accompanied by an explanation that reads: “Vicente was the eldest son and heir of the Count of Altamira…[He] is a miniature rendition of his father in the Banco de España portrait. Goya captures the touching contrast between the pomp and circumstance expected from the Altamira heir as the future of the family and his essence as a young ten-year-old boy.” 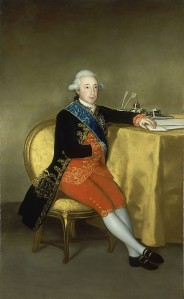 If we read between the lines of the curator’s text, we can find a reference to the body of literature to which Polakow’s book belongs. Both, Polakow and Xavier F. Salomon (the exhibition’s curator), refer to adults’ previous understanding of children as “miniature adults” and address the meaning of children’s dress code. In her book, Polakow illustrates the turning point at which childhood began to be considered a particular stage in life, claiming that:

the child has not always been a child as such. It is we who have created the child, through specific social and historical conventions which, in turn, are dependent on the variations of class and culture…Aries, in examining the art and iconography of the medieval period, finds, too, that there was no attempt to portray childhood as a separate state; rather, children were depicted as miniature adults. This did not appear simply in the world of pictures but in the actual dress of the period. As soon as the swaddling bands of infancy were abandoned, children were dressed like adults. It was not until the seventeenth century that the children of nobility and of the middle class were dressed in age-segregated outfits, once again depicted in the numerous child portraits of the seventeenth century. This particular change, however, interestingly affected boys rather than girls; for it was the idea of childhood that met the aspirations of parents of the sons of the middle class and aristocracy. The concept of childhood as distinct from youth and infancy, became the preserve of the bourgeoisie.

What captivates about Goya’s painting is precisely the way it documents a historic overlap between adults’ rendition of children as miniature adults and their expectation that children honor a new category with their playfulness. Goya painted child Vicente Osorio with an opulent, stern look in his face, wig in head, tucking a hand in his vest like his father. But the happy puppy at the child’s feet suggests there’s a playful child inside, waiting, cautiously, to pull out a trick on us all.