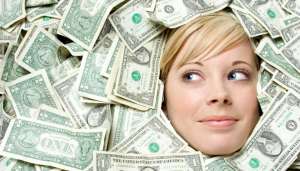 I read an article today on the wonderful world of internships in the New York Times – Millennnials Feel Trapped in a Cycle of Internships with Little Pay and No Job Offers. I have read many an article and heard many an argument regarding the twenty-first century internship dilemma. Who can intern after college without having some sort of support from their family? Once again limiting opportunities to those with money and family connections, not only in terms of family money but also family getting them sought after internships that pay no money. I remember knowing people in what used to be the intern program at the William Morris Agency where they worked long hours for little pay to learn a lot about the industry and potentially become an agent… but there was pay involved. So you could be frugal and survive without being on what a millennial I met referred to as “scholarship.” I asked, “oh where are you studying?” Only to find out he wasn’t in school and the scholarship he referred to was money from his parents so he could live in New York and pursue his dreams. Which brings me to my quote from the article:

But the poor job market is not the only reason that recent graduates feel stuck in internships. Millennials, it is often said, want more than just a paycheck; they crave meaningful and fulfilling careers, maybe even a chance to change the world.

I absolutely agree with that philosophy but how about for those who have to earn a paycheck? – and why does that philosophy allow those companies who should be paying paychecks off the hook from doing so? (Read the article for more on the lawsuits in this arena.) I am all for internships as learning experiences while in school – but exploitation and propagation of the wealthy elite in cultural institutions (movies and magazines), I’m not so sure about that.