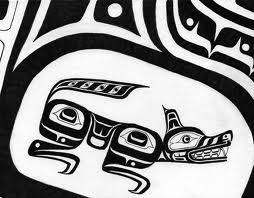 Reading (again) Lewis Hyde’s Trickster Makes this World: Mischief, Myth, and Art (1998). Hyde is a former professor of writing at Harvard University and was made an MacArthur Fellow in 1991 (amongst other awards). His book on the trickster figure explores the archetype in various aspects, from the mythological figure that helps humanity gain its food and challenges social conventions, to artists like Picasso and Duchamp who challenged the conventions of art. For anyone who enjoys the tricksters’ amusing antics, this is a great book. For those who know nothing of the trickster, this is the place to start.

Of the trickster, Hyde notes that his appetite serves as a path to creativity:

The trickster myth derives creative intelligence from appetite. It begins with a being whose main concern is getting fed and it ends with the same being grown mentally swift, adept at creating and unmasking deceit, proficient at hiding his tracks and at seeing through the devices used by others to hide theirs. Trickster starts out hungry, but before long he is master of the kind of creative deception that, according to a long tradition, is a prerequisite of art.

Trickster’s primary concern is obtaining food to eat, which is obviously imperative to survival. Anyone who has ever lived off of Ramen noodles for an extended period of time can certainly empathize.

In Native American creation stories, when Coyote teaches humans how to catch salmon, he makes the first fish weir out of logs and branches. On the North Pacific coast, the trickster Raven made the first fishhook; he taught the spider how to make her web and human beings how to make nets. The history of trickery in Greece goes back to similar origins. ‘Trick’ is dolos in Homeric Greek, and the oldest known use of the term refers to a quite specific trick: baiting a hook to catch a fish.

East and west, north and south, this is the oldest trick in the book. No trickster has ever been credited with inventing a potato peeler, a gas meter, a catechism, or a tuning fork, but trickster invents the fish trap.

Coyote was going along by a big river when he got very hungry. He built a trap of poplar poles and willow branches and set it in the water. ‘Salmon!’ he called out. ‘Come into this trap.’ Soon a big salmon came along and swam into the chute of the trap and then flopped himself out on the bank where Coyote clubbed him to death. ‘I will find a nice place in the shade and broil this up,’ thought Coyote.

Don’t worry about Salmon too much—he has his own stories.

Photo credits: Marcel Duchamp at the Walker Art Center, 1965 by Eric Sutherland for the Walker; Coyote image “Trickster Within” by Nancy Harlequin Eckert.