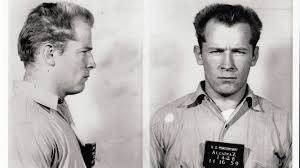 My reading this week seems to be an appropriate follow-up to Tucker Cox’s post yesterday on guidebooks… after all my reading is part of my travel to Utah. This week I was researching all of the movies I can potentially see at Sundance – my first time attending the famous film festival – and as these things can happen stories of the mafia seem to be following me. I finished Rich Cohen’s Tough Jews last week and then heard stories of Whitey Bulger living in hiding just a few streets away from my Father and Stepmother while enjoying the LA sunshine. Then I found this in my Sundance Film Guide: WHITEY: UNITED STATES OF AMERICA V. JAMES J. BULGER, a documentary on the infamous Whitey Bulger. The blurb on the film reads:

Infamous gangster James “Whitey” Bulger’s relationship with the FBI and Department of Justice allowed him to reign over a criminal empire in Boston for decades. Joe Berlinger’s documentary chronicles Bulger’s recent sensational trial, using it as a springboard to explore allegations of corruption within the highest levels of law enforcement.

I have to put myself on the waitlist for this one! Definitely a “must-see.”

Jennifer Dean is currently working on a documentary on female filmmakers—“The 2nd Sex and the 7th Art” —while also writing reviews for Educational Media Reviews Online and working on short documentaries and narrative films of various genres.