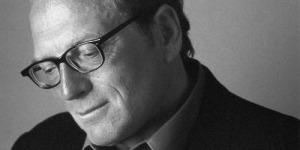 Yesterday marked the loss of Cuban-American novelist Oscar Hijuelos, the first Latino to win the Pulitzer Prize for his 1989 novel The Mambo Kings Play Songs of Love. Hijuelos wrote about the assimilation experience of immigrants to the United States. From a 2011 article in The New York Times:

Despite the strange baggage that I carried about my upbringing, and despite the relative loss of my first language [due to illness], I eventually came to the point that, when I heard Spanish, I found my heart warming. And that was the moment when I began to look through another window, not out onto 118th Street, but into myself — through my writing, the process by which, for all my earlier alienation, I had finally returned home.

Oh yes!…The sweet summons of God to man. That’s when He calls you up to His arms. And it’s the most beautiful thing, a rebirth, a new life. But, just the same I’m in no rush to find out. 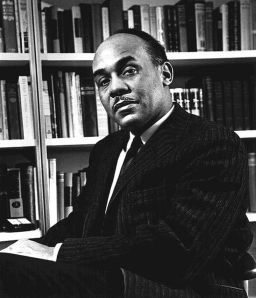 I’m re-reading Ralph Ellison’s Invisible Man (1952), ranking in my list of Top Five All-time Favorite Books. The bad news: in mid-September the Randolph County, NC school board voted to ban the book from its high school libraries. The good news: the ban (veil) was lifted ten days later (Salon article). Ironically, the ban was lifted during Banned Books Week. Nothing like a little bad publicity to set things right, though it is absurd that the ban happened at all.

I’ve already stated my bias for the book, but it’s for good reason: Invisible Man is a classic American novel, and Ralph Waldo Ellison (yes, named for Emerson) was one of our great writers. To the council member who found some of the novel’s contents offensive, sometimes art is just that way. As Mr. Ellison noted:

The understanding of art depends finally upon one’s willingness to extend one’s humanity.

That’s the thing about Invisible Man, about novels, you have to extend your humanity. And when you do, you might learn something. From the novel’s nameless protagonist:

Who knows but that, on the lower frequencies, I speak for you?

Exercise your Constitutional rights and read a banned book. Need some ideas? From the American Library Association, Frequently Challenged Books of the 21st Century.