A Week of Reading in the Life of Caterina Gironda

[N.B.: This is not part of the Fall issue of Zeteo, but one in an ongoing series of posts. For the full series see Zeteo is Reading.] 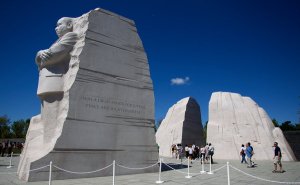 I hate to start the week out on such a serious note, but this article about rape has consumed every bit of thought-space in my brain since a friend of mine sent it my way seeking my response. Alyssa Royse of The Good Men Project (another really interesting site to explore) writes in xoJane magazine about how Nice-Guys-Commit-Rape-Too! I read the article in its entirety and all of the outraged comments, and then this response written on the blog Feministe. Royse tells the story of her friend who is truly a “nice guy” being accused of rape, and how she confirms that what he did was indeed rape. She explains that it is not the woman’s fault in any capacity, and that he is responsible for his actions, but that there is a larger problem that we are not addressing.

The public response, save for a few sympathizers, seems to be to subject Royse to a public beheading for falling into the age-old role of rape-apologist, but her message that Nice Guys do indeed commit rape–that we must undo the stereotype of the psychopath waiting in the alley–way did seem to be heard by some.

I wonder what Zeteo readers think about this issue. Once upon a time I had a “nice guy” friend who committed rape, but I know how that story ended up so I don’t trust my opinion on this matter. Do nice guys commit rape too, or are the two mutually exclusive?

I was discussing the landscape of Iowa with my class the other night and it reminded me of an old friend out in Iowa City whose blog I go to whenever I feel fed up with NYC and all of the wonderful things about it that can only be appreciated from afar.

Lately I am thinking about what I learned in New York and whether or not I can use it here. For example, I could really use a bandana, gang colors or not. I could really use a sweat rag hanging off the back of my jean shorts, and I could REALLY use a Dominican popsicle. I am sweating like I’m about to commit a felony, or at least that’s how the bank teller reacts as I hand him my deposit slip. He steps back an inch, or maybe it’s just my imagination. I’m sweating like the man I saw coming down from heroin on the Dublin bus one time, I’m sweating like I’m withdrawing from New York.

The dangers here are not human. The air here hums with life, a billion bugs breathing in and out, birds whistling. The air is humid with their little mouths and thick with pollen. The tall grass tilts in the breeze. A hawk watches me from one hundred feet. I think that to learn here, I’ll need to ask. Have some lemonade, suggests my therapist. Find a cool place to go, writes my landlady on the bulletin board, it’s July in Iowa.

I shouldn’t admit this guilty pleasure in such a forum, but I am asked to write about what I am reading, and rather than scramble for something that seems more appropriate I must own up. At the end of every semester, I pick up and devour ONE Jodi Picoult novel; think of it as a post-game ritual, or a palette cleanser if you wish. Lucky for me, my roommate shares a similar affliction, so I must only go as far as her bookshelf to satisfy this hunger. This winter I have found myself cast into the White Mountain National Forest with a man who abandoned his family to join a pack of wolves, in The Lone Wolf.

The novel opens with a quote from one of my favorite authors:

All stories are about wolves. All worth repeating, that is. Anything else is sentimental drivel…Think about it. There’s escaping from the wolves, fighting the wolves, capturing the wolves, taming the wolves. Being thrown to the wolves, or throwing others to the wolves so the wolves will eat them instead of you. Running with the wolf pack. Turning into a wolf. Best of all, turning into the head wolf. No other decent stories exist.  —Margaret Atwood, The Blind Assassin (2000)

I read yesterday in The New York Times that officials have decided to remove the now infamous “drum major” quote from the side of the Martin Luther King Jr. memorial in Washington, DC. I visited the memorial last year with knowledge of the controversy of the quote, and the voices that had spoken out against it (including Maya Angelou), but without a clear understanding of the original context and the decision to paraphrase to begin with (not enough space and money for the extra words)!

I was a drum major for justice, peace and righteousness.

Besides lacking his usual verbosity and elegance, the quote was detached from its original context in which MLK discusses the innate as well as contentious quality of the “drum major instinct.” Upon reading the news today, I decided to seek out the original context to see just how misrepresented his words were. Although my ability to relate to James, John, and Jesus is quite limited, there is something phenomenal in hearing MLK’s original sermon on the drum major instinct.