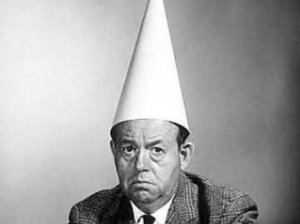 A week of reading about American

[N.B.: This is not part of the Fall issue of Zeteo, but one in an ongoing series of posts. For the full series see Zeteo is Reading.]

Steven M. Cahn’s introduction to the debate on academic tenure tackles a remarkable suspicion: if tenure is the promise of continuous employment (regardless of i.e. political affiliations), why does a supposedly “open” and “free” society such as the United States need academic tenure to guarantee academic freedom? The dilemma is further explored by Cahn in Moral Problems in Higher Education (Temple University Press, 2011):

A tenured professor holds a lifetime appointment, revocable only in rare instances of gross incompetence or moral turpitude. The purpose of the tenure system is to guarantee academic freedom: The right of professionally qualified people to discover, teach, and publish the truth as they see it within their fields of competence. Where academic freedom is secure, no one may dictate to professors that certain subjects are taboo, certain methods of inquiry illegitimate, or certain conclusions unacceptable. But does the tenure system achieve its end?

Are professors holding tenure really “more free” than their untenured counterparts? Do American universities in the twenty-first century need academic tenure to search the truth? If academic freedom was to be granted as a constitutional right, would academic tenure become irrelevant?

For some authors, peer review may be considered a threat: it prevents them from publishing articles or books the way that they would originally want to. However, in the world of open access, peer review may no longer be necessary. Is switching from print to digital publishing the end of a “quality control” era?

In 2004 David Shatz predicted that open peer review “would be implemented by means of electronic publishing . . . and without authors necessarily paying for space” (“Peer Review and the Marketplace of Ideas” in Peer Review: A Critical Inquiry, Rowman & Littlefield, 2004). Today, electronic publishing has become a reality. But not without challenging certain values. In 2012, almost two decades into the Digital Age, researchers are still pondering, like Shatz did, the real benefits (and burdens) of open access and peer review:

It is hard to say who would have the biggest nightmare were open review [fully] implemented: readers who have to trek through enormous amounts of junk before finding articles they find rewarding; serious scholars who have to live with the depressing knowledge that flat earth theories now can be said to enjoy “scholarly support”; or a public that finds the medical literature flooded with voodoo and quackery.

If authors are in fact more free to publish what they want through digital resources, who is the real benefactor? Is digital publishing as it currently stands an advancement in the production of knowledge?

John Locke is well known for his theory of the tabula rasa—the idea that individuals are born without built-in mental content and that their knowledge comes from experience and perception. His theory relates to education. Very few people, however, are aware of Locke’s contributions to pedagogical thought. Here is my favorite quote from him, which appears in his treatise Some Thoughts Concerning Education, published in 1963:

It is impossible that children should learn anything while their thoughts are possessed and disturbed with any passion, especially fear, which makes the strongest impression on their yet tender and weak spirits. Keep the mind in an easy calm temper, when you would have it receive your instructions or any increase of knowledge. It is as impossible to draw fair and regular characters on a trembling mind as on a shaking paper.

The current upheaval in the public education system makes Locke’s metaphor more powerful. Thousands of immigrant kids face an uncertain future. Their character is often tremulous. How much can we academically ask from young minds who are more concerned with their legal status, with what language to employ or which ethnic percentage to belong to than with grades on paper? Modern societies believe that all human beings have the same intellectual potential. Are we acting accordingly?

How valid is it to think of prisons as extreme versions of an old-fashioned educational system based on punishment?  An op-ed letter published today by the New York Times proposed:

We need to stop using punishment as a principal justification for lengthy prison terms and, instead, reserve prison for those who pose a grave risk to public safety. Punishment, where productive, could still be employed through sanctions and local supervision of graduated intensity. But instead of going to prison, low-risk offenders should stay in the community.

This letter is not on education, but it made me think of the way schools re-organize to guarantee that their students fully become part of their communities. Generally, schools have substituted the negative reinforcement system with more flexible types of supervision. Is it possible/advisable that prisons do the same?

In trying to make up for yesterday’s harsh comparison between schools and prisions, I dug out of my archives an article from the New York Times “Education Issue” published in September 2012. The article describes the only school program in the US where, if you graduate from high school, you get to go to college free. The program takes place in Kalamazoo, Michigan, where many families have limited resources. They call it “The Kalamazoo Promise.”

Back in November 2005, when this year’s graduates were in sixth grade, the superintendent of Kalamazoo’s public schools, Janice M. Brown, shocked the community by announcing that unnamed donors were pledging to pay the tuition at Michigan’s public colleges, universities and community colleges for every student who graduated from the district’s high schools. After the Promise was announced on the 11 o’clock news [one of the kids’ parent reported] the kids were up celebrating until 2 or 3 in the morning.

The project is built on positive reinforcement: the promise of free college. It brought change to the Kalamazoo public schools. It gave district officials a powerful inducement with which to motivate students, families and teachers. Will this project succeed? Would having “named donors” change the results?

November 30 – An agenda for the new major?

I went to yesterday’s panel “Rethinking Education” hosted by members of A + NYC at the City University of New York’s Graduate Center (Zeteo’s home). The aim of the meeting was to think about what the education agenda should look like once major Michael Bloomberg retires. Participants were asked to describe their ideal school environment. This is what the blackboard looked like at the end of the day:

– Friendly environment: green areas, organic arrangement of desks (circles, clusters), community feeling
– Art as a “method” in all classes (math, science, lit)
– Feedback and discussion between students (vocabulary, critical thinking)
– Technology being used by the students, not only by teachers
– Confidence, safety, independence of movement (stand up, stretch, go to the bathroom)
– Two teachers in each class (one can teach, the other care for “distracted” kids)
– Teachers supervising and giving feedback to each other
– School projects across disciplinesWhat does this list tell us about the current K-12 public education system?