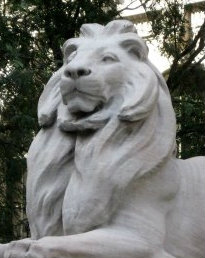 In September of this year, the University of Minnesota Press sent me, at my request, a copy of a translation of the French philosopher Michel Serres’s Biogée, which the Press was distributing for a smaller publishing company, Univocal. As is my wont, I began reading the book to get an idea what it was like, whether it was indeed worth reviewing, and who among Zeteo’s ever-expanding corps of reviewers I should ask to review it. Serres is a very special writer— poetic or mythopoetic, one could say quickly—and not for everyone. He demands a degree of patience that I, for one, do not always have. But on pages 20 and 21 of the translation (by Randolph Burks) I came across the following awfully wonderful paragraph. I might equate it to a grain of radioactive material, for its concentrated power, its potential to illuminate in an energizing and frightening way.

[D]o murderous societies exist? Yes, we answer—no doubt so as not to look at ourselves—we cite the Nazis, the Stalinist party, the sicarians of Pol Pot . . . under the heading of crimes against humanity. [But] have we now thought more deeply about the crimes of the collective, whichever it may be, when it doesn’t have some bloody madman at its head? Can we find a single society that, in the course of its history, has never declared war, never had its own children killed by its neighbors while killing its neighbors’ children, never committed the crime of selling arms, persecuted some minority, hanged slaves and foreigners, stoned adulterous women, condemned innocents to death, sung of, glorified ten murderers praised in the history books and statufied on horseback in public squares? Which one, in addition, never waged war on the world by devastating rivers and seas? Murderers, all societies have lived in the state of mortal sin for millennia. Of original sin? Yes, original, since the blood of a scapegoat victim, lynched, glues the collective together, murderous so as to establish itself. How does it happen that society accuses and punishes an individual who, perchance, has killed, while no society, no individual, accuses society which, for its part, always kills? For, killer, the collective collects itself by killing.

Somewhat secondarily, this passage—which soon I was quoting to so many different people in so many different contexts—has made me wish that I already had in hand a reviewer for Biogée, and for two other books that arrived in September and seemed to deserve serious consideration and readers. This feeling led in turn to the following column, let’s call it, whose overarching purpose is to call attention to recently published books that, to my mind, may have some greatness in them. As I have not fully read the books, I cannot say that these are great books, but I certainly recommend them.

The second of my trio is In the Memory of the Map: A Cartographic Memoir by Christopher Norment (University of Iowa Press, 2012). The first section, on “First Maps,” begins:

As a small boy, living in Saratoga, California, with my mother, stepfather, and younger sister, I spent as much time outdoors as possible and even now, more than four decades later, my memories of the landscape are vivid, in contrast to what little I recall of my home’s interior. The layout of the house’s rooms, its furniture and ambiance, mostly remain a mystery. I must have shut most of these memories away, for that house is where I was first molested by my stepfather—

While not thoroughly reading, I did skip ahead to see where one might arrive after such a beginning. I found that it was to a place less surprising than touching. On an intellectual level I was reminded of a lesson learned long ago reading Nabokov—that the struggle to find abstract structures to contain our losses and disappointments, our longings and elation—and be the resulting structure, for example, a legal process or a scholarly paper, a classification system or a map . . . The resulting structure may contain, and it may convey to those who have learned how to listen in a particular way, more of our emotions and of the struggle of life than do creations that superficially seem to be more emotional. (E.g., supposing I said, or wrote as a short poem, “I still am angry and will never stop being angry.” Or—there is in fact a whole essay to be written about all this—I am recalling a moment in a docudrama when the dramatized father of John Lennon, the late Beatle, asks his now famous son to forgive him for his rather dismal failure to do much of any fathering, and the Lennon character so rightly answers that there are some things that cannot be forgiven.)

In any case, Norment, for his part, and in concluding his penultimate chapter, writes:

Around 1:30 in the morning we pull off the interstate and find a place beside the Stillwater River [in South Dakota] to throw our sleeping bags. Martin [Norment’s son] is asleep almost immediately, and for awhile I listen to the quiet rhythm of his breathing, the tumble of the river across a field of boulders. The sweet riparian smell rises into the night; above us are cottonwoods and an ocean of western stars. I muse about where we have been, and the maps of my longing: to love this land, and my people.
There is, finally, no need to be lonely.

The third and final book for this October is Animals and Society: An Introduction to Human-Animal Studies by Margo DeMello (Columbia University Press, 2012). This is a textbook, perhaps the first textbook, for an apparently growing field: human-animal studies (HAS), “sometimes known as anthrozoology or animal studies . . . an interdisciplinary field that explores the spaces that animals occupy in human social and cultural worlds and the interactions humans have with them.” It is written and designed in a quite basic manner, as if for people who were themselves rather basic and needed to be taken through the subject at a measured pace. But somehow that is part of the book’s charm. Writers on animal rights can get quite impassioned or, if they are philosophers, they have a tendency to disappear into what, to me, is the darkness of applied ethics. But DeMello, by contrast, mainly gives information, lots of information—on everything from domestication; zoos, racing and fighting; “the making and consumption of meat”; pets; animals and science; animals in human thought, religion, folklore, film. (I am just scratching the surface here.) One quotation from this cornucopia:

Researchers believe that years of domestication have led to dogs losing the problem-solving skills they once had in the wild. In behavioral studies, pet dogs fail basic intelligence tests that wolves and wild dogs pass with ease. The findings [DeMello cites an article on dingoes by Bradley Philip Smith and Carla Anita Litchfield] suggest dogs are now so dependent on people that they are “stupid” versions of their forefathers. Another way to look at this is to say that as dogs became dependent on people, they got better at communicating with humans and using us as tools. Rather than opening doors themselves, domesticated dogs just wait until we open them for them!

Will it one day be said of we homo sapiens that years of something—of consumer capitalism? of electronic devices? of living in megacities?—contributed to our losing some of the intelligence we once had? And may libraries continue to preserve books—“real books,” with a smell and a feel and a weight, and that facilitate jumping around and stumbling on thought-, feeling- or imagination-provoking passages, such as those quoted above.

For others of William’s reviews for Zeteo, see:

Thoreau Looms Up Bigger and Bigger, a review of Thoreau in His Own Time: A Biographical Chronicle of His Life, Drawn from Recollections, Interviews, and Memoirs by Family, Friends, and Associates, edited by Sandra Harbert Petrulionis (University of Iowa Press, 2012).

Adorno Was Right? Consumer culture is “a medium of undreamed of psychological control”? A review by William Eaton of Daniel Horowitz’s Consuming Pleasures: Intellectuals and Popular Culture in the Postwar World (University of Pennsylvania Press, 2012).

Sutra as Power Play, a review of The Platform Sutra of the Sixth Patriarch: The Text of the Tun-Huang Manuscript translated by Philip B. Yampolsky and Readings of the Platform Sutra, edited by Morten Schlutter and Stephen F. Teiser (both from Columbia University Press, 2012).