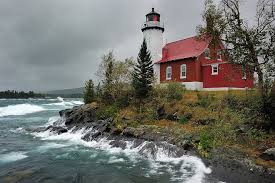 I’m not sure what led me to open Moby Dick again. It’s become a book to browse rather than “get through.” And when a passage pops up, one can’t be in a rush. Going slowly I can unravel serpentine sentences that so often deliver gold.

Why just now? Perhaps because I’ve moved to the seacoast where even square-riggers come into port come summer, and I have time for reverie.

By coincidence, passages from Virginia Woolf’s To the Lighthouse were lingering close by. A few posts back I paired these with T. S. Eliot, I hope to her advantage.

I’ll listen to those passages from Woolf and new ones from Melville to let their unexpected harmonies ring.

To The Lighthouse came out some 60 years after Moby Dick, each with a vision of the end of the world. Melville senses the 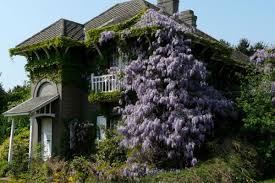 Melville is unabashedly heroic, comic, and apocalyptic. Woolf is deceptively local, “stream of consciousness,” and domestic. But she can be as wild and apocalyptic as Melville — as I’ve happily discovered. Here is a scene from To the Lighthouse, leviathans and all:

Listening (had there been any one to listen) from the upper rooms of the empty house only gigantic chaos streaked with lightning could have been heard tumbling and tossing, as the winds and waves disported themselves like the amorphous bulks of leviathans whose brows are pierced by no light of reason, and mounted one on top of another, and lunged and plunged in the darkness or daylight . . . in idiot games, until it seemed as if the universe were battling and tumbling, in brute confusion and wanton lust aimlessly by itself. 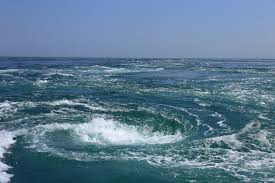 Melville has his own story of confusion and battle, of idiot games and gigantic chaos, streaked with lightening, darkness and amorous play. The whalers see

circle upon circle of inscrutable creatures freely and fearlessly indulge in all peaceful concernments, yea, serenely revelled in dalliance and delight.

As we’ve heard, Woolf, too, has leviathans:

mounted one on top of another, and lunged and plunged in the darkness or daylight.

She gives us not shipwreck but something close to it — and not Ishmael surviving with a basket of tales but quite another surviving, illuminating eye:

The place was gone to rack and ruin. Only the Lighthouse beam entered the room for a moment, sent its sudden stare over the bed and wall in the darkness of winter, looked with equanimity at the thistle and the swallow, the rat 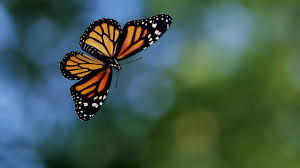 and the straw. Nothing now withstood them; nothing said no to them. Let the wind blow; let the poppy seed itself and the carnation mate with the cabbage. Let the swallow build in the drawing-room, and the thistle thrust aside the tiles, and the butterfly sun itself on the faded chintz of the arm-chairs. Let the broken glass and the china lie out on the lawn and be tangled over with grass and wild berries.

The swallow and thistle, butterfly and polychrome chintz give a hint of redeeming joy.

These sentences stand on their own, but they’re picked here for their uncanny resonance with parts of Melville. It’s as if a tiny corner of her novel sketches a small world of its own that overlaps the leviathan world that Melville gamely charts. 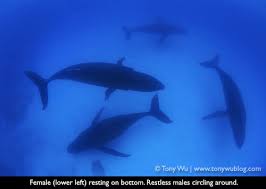 Some schoolbook rule says not to give out only bits and pieces, but “the book as a whole” isn’t always the point. Two lines of Dickinson can bring me up short. Side dishes can be filling. Here’s another serving we’ve heard from Woolf:

gigantic chaos streaked with lightning could have been heard tumbling and tossing, as the winds and waves disported themselves like the amorphous bulks of leviathans whose brows are pierced by no light of reason

In Woolf’s reverie of life-after-disaster we find berries and swallows despite the departure of householders. In Melville’s reverie we find Ishmael’s tales upon tales despite the departure of shipmates drowned in the swirl of their sinking ship. Bringing these reveries side by side lets us see Woolf from an unexpected angle (who remembers she wrote about whales at play?), and we see Melville from an unexpected angle (who remembers he wrote about nursing whales?). 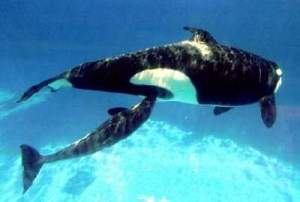 Starbuck views a coiling intermingling of death and regeneration. A harpoon line is twisted around a whale’s umbilical cord, one presaging death, the other, birth.

Woolf will voice a remembrance of things past and a hail to a cacophony of life minus persons. Ishmael will clings to a coffin as to a life-line, reborn to tell of Ahab’s madness, and of the tenderness of mothering whales.

We were now in that enchanted calm which they say lurks at the heart of every commotion. And still in the distracted distance we beheld successive pods of whales, eight or ten in each, swiftly going round and round, like multiplied spans of horses in a ring.

Beside the vortex of commotion — the increasingly spinning whirlpool —  Melville gives us “Madame Leviathan,” nursing in a momentary swirl of regeneration. This is the inverse of the swirl that swallows the Pequod and her crew (all but Ishmael).

First, the whales forming the margin of our lake began to crowd a little, and tumble against each other, as if lifted by half spent billows from afar; then the lake itself began faintly to heave and swell; the submarine bridal-chambers and nurseries vanished.

Ishmael concedes the tornado-swirl of his vast spirit, and discovers that lost ships and crews are not the last word:

And thus [did they] serenely revel in dalliance and delight. But even so do I myself still for ever centrally disport in mute calm; and while ponderous planets of unwaning woe revolve round me, deep down and deep inland there I still bathe me in eternal mildness of joy.

These are not words easily fit to Moby Dick remembered as a raucous and bloody whale-hunt deservedly crushed. Yet we have Ishmael’s word:

I still bathe me in eternal mildness of joy. 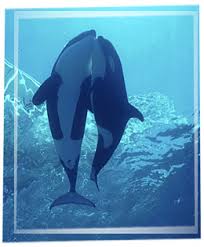 Thoreau tells us, “Joy is the condition of life.”

This is the joy that animates Woolf’s lively breeze and seeds of new life (despite the departure of people): “Let the wind blow, and the poppy seed itself.”

And here, quietly, is the wanderer Ishmael, a survivor who despite his people having perished will live and speak and sing of his escape. Miraculously, he can “bathe in eternal mildness of joy” — an enigmatic return of life.

Credits: Passages from Woolf are from part two of To The Lighthouse, Harcourt, 1989, p. 134; all quotes from Melville come from Moby Dick, Penguin Centennial Edition, The Grand Armada, 422-424. Here and there I have liberally elided Melville’s long sentences to present a cleaner reading page and let Melville’s thoughts come cleaner, too. Thoreau on joy, The Natural History of Massachusetts, para. 3. And thanks to Google Images.

After this post appeared, a friend wrote that in her essay on Turgenev (1933), Woolf notes that “the poet novelists like Melville, to whom facts are symbols, give us a more overwhelming and passionate experience than anything Turgenev offers us.” This seems to seal the case: in writing the sections quoted from To the Lighthouse she must have had the corresponding passages from Moby Dick in mind.