These are preliminary notes on a tension between philosophy and friendship. They are prompted by two texts I encountered nearly in conjunction, within the passage of just a few days.

The first is a remarkable passage from  Moby Dick where Ishmael, the narrator whose name echoes the Biblical figure cast into wilderness, reflects on friendship. Specifically, he reflects on his bond with Quequeeg, a tattooed, South Pacific, Muslim “Cannibal.”

From the deck of the Pequod, Ishmael belays his shipmate balancing on the back of the slippery whale tied up to the ship’s side. Ishmael has a rope looped around his waist, the other end tied fast to his friend. In order to harvest the blubber, Queequeg balances precariously on the rolling beast’s back. The slim line connects the two.

Ishmael reflects on an immutable rule of whaling:

for better or for worse, we two, for the time, were wedded; and should poor Queequeg sink to rise no more, then both usage and honor demanded, that instead of cutting the cord, it should drag me down in his wake. So strongly and metaphysically did I conceive of my situation then, that while earnestly watching his motions, I seemed distinctly to perceive that my own individuality was now merged in a joint stock company of two; that my free will had received a mortal wound. . .

In friendship and caring for one another, these men lose their individuality. Queequeg and Ishmael become joined in life and joined in death.

They also lose their free will. Ishmael can’t renounce his obligation to stand by, and die by, his friend, Queequeg.

Here I stand; I can do no other. I’m nothing if I am not my brother.

I suspect many mothers and fathers similarly lose some free will and individuality in this regard.

Autonomous thinkers don’t like yielding to the passions of friendship or family. Philosophy ought to yield to reason alone.

Self-sufficiency, independence, individuality, and free will are absolute aspirations. They make fast friendships or the discussion of them unlikely.

Thank God novelists, playwrights, and poets — and ordinary folks — are not similarly averse to exploring and having passions, loves, or friendships!

The passage from Melville was the first auspicious surprise prompting me to think about friendship and philosophy. The second was an essay by William Eaton. It took up Plato’s discussion of friendship in the Lysis (see Friendship, Deception, Writing Within and Beyond Plato’s Lysis). 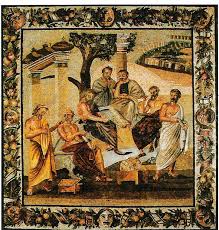 Eaton gives a very insightful analysis of Plato’s dialogue. Strangely, I found myself thinking less about Plato-on-friendship and more about why so many philosophers have shunned it, in practice and in their writing.

After Plato and Aristotle philosophy appears to find communion or friendship unworthy of serious reflection.

William had noted that modern Plato scholars tend to discount the importance of this early dialogue. But perhaps Plato has the deck stacked against him because of the topic he discusses, not because of the virtue or vice of his analysis or style.

What if these modern scholars are just uncomfortable with the topic, or disdainful? Perhaps they assimilate friendship to frivolous, idle, girlish chatter.

Friendship was a reputable topic for Plato and Aristotle, but it has not been for subsequent philosophers.

In the Christian era love of God was easily directed away from earthly, fraternal love, and when love of God was linked to love of neighbor it meant helping neighbors out.

There was no praise for the sort of affection, sexual congress, and self-knowledge through having a friend that the Greeks practiced and were unashamed of.

Descartes starts his solitary meditations sitting in a room without friends. In most ways, he never gets out of that solitary condition. We come to know that “the real world exists,” so he argues, because we come to know that God exists. It can’t be that we know the world and others because we have intimate, passionate contact with them. 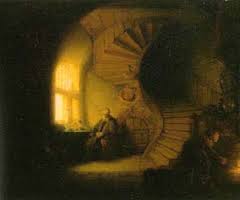 Descartes isn’t vexed by the question of what a friend really is, or by worry if he has true friends. For him, and for mainstream Western European philosophy that follows his lead, thinking about friendship is off-base.

Friendship is no more a philosophical issue than thinking about whether a rainy day can be more beautiful than a sunny one.

Hume and Montaigne are better in their discussions of friends and communion. But Hume strikes a note that makes some philosophers blush. He can write about friendship in part because he holds that “reason is and ought to be the slave of the passions.” And friendship is a passion.

If a philosopher ranks reason above the passions, he or she will not find much of philosophical interest in the passions of love, friendship, or family. If Ishmael loses himself in devotion and obligation to Queequeg, this is a sign that he has abdicated reason or rationality, self-sufficiency or autonomy.

Bertrand Russell recognized the role of love in his life, and praised it. But he could not concede that love and friendship raised any philosophical or ethical issues.

The commitments that love and friendship require were, in his judgment, irrational, clearly beyond reason.

For at least some of his 90 years, Russell held a “boo/hurrah” theory of ethics and value. His personal values were fine, but as a philosopher he could say little about them. He could say “hurrah” or “yes” —  or “boo.” He could say “Hurrah!” for friendship — “Yes!” for love — Fini, that was it!

Literature has been the place to go, especially since the rise of the novel, for exploration of friendship, family, personal devotion and love.

Literature is free to discuss and present vivid instances of passion, of the inscrutability, irrationality, fragmentation and contingency implicit in living with others, friends and non-friends.

This terrain is too messy for philosophers to attend to, except for those on the outskirts of the canon, where Nietzsche, Kierkegaard, and others reside.

Even there, however, passion and inscrutability are typically ascribed to solitary individuals struggling colorfully with their anxious solitude.

Those who struggle to live out friendships and close relations are, for the solitary thinker, a lesser breed. It is women who in recent decades have led a challenge to the dominance of autonomy and detachment as final values.

With the rise of feminism in academia the topic of friendship arrives on the philosophical radar. Then the demands of friendship and passion began to vie with autonomy and rationality for top billing.

William Eaton documents the low opinion of scholars for the Lysis, Plato’s dialogue on friendship. I suspect the 19th and 20th Century scholars he cites would have had a low opinion of any positive discussion of friendship or passion — any discussion that did not give top billing to reason and autonomy.

Contemporary philosophers generally want arguments they can lay out, build up, or shut down.

They turn away, generally, from writing that evokes the perplexities, unknowability, and contingencies of those desires that are at the center of human friendship, communion and expression.

Credits and notes: The Melville quote is from Moby Dick, “The Monkey-Rope.” “Here I Stand” is Luther. William Eaton’s essay is “Friendship, Deception, Writing: Within and Beyond Plato’s Lysis,” Agni, Spring 2016. [Final galley in pdf format.] See my “Gender, Philosophy, and the Novel,” Metaphilosophy, July/October 1987, 241-52. Two of the images reproduced are of Greeks in the midst of friendship and philosophical discussion. Others are of shipmates stripping blubber from a whale, of a philosopher in solitude (Rembrandt), of friends conversing, and of Nietzsche in the mountain air high above a village (Edvard Munch).