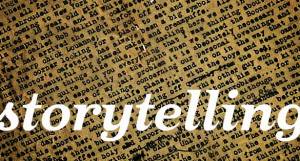 This morning I came across an Indiewire post with a video where “Darren Aronofsky and a Neuroscientist Discuss How Movies Mess With Your Brain.” The title is a little disingenuous because it’s really about the power of narrative. I was drawn to it because of the written introduction:

Darren Aronofsky, director of mind-bending films such as “Pi,” “The Fountain” and “Black Swan,” sat down with psychologist and neuroscientist Jeffrey M. Zacks to discuss storytelling, myth and how human brains perceive these events.

I am currently working on a film of a modern adaptation of a classic Greek myth and have had many question why I am insisting on using a myth from several thousand years ago to tell my story (especially those in academic circles) and Darren Aronofsky’s response of a strong engine and skeletal structure resonated with me.

I sincerely believe in the power of narrative which is often eschewed in experimental and academic film circles. I am not suggesting that plot or narrative are the only options and certainly wouldn’t go so far as to say what the psychologist and neuroscientist Jeffrey M. Zacks addresses in this video that, “You can make people do whatever you want if you just package it up in a story.” Nevertheless, there is a power for me and many others in the element of story. Even in the most disparate events I can create connections that make it all make sense. At least in my brain.