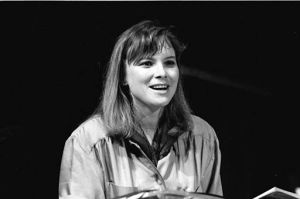 Robyn Creswell, the Poetry Editor of the prestigious Paris Review, wrote an interesting article for The New Yorker about a new anthology titled “The Poetry of Witness: The English Tradition, 1500-2001.”  This collection was put together by accomplished poet Carolyn Forché, in collaboration with Duncan Wu, a professor of English Romantic Poetry at Georgetown.

The anthology, along with a previous compilation published by Forché under the title “Against Forgetting,” argue in favor of the existence, and importance, of a poetry of witness. However, Creswell is dubious about Forché’s “formulation”:

There is something frustratingly vague about the notion of a poetry of witness, even in Forché’s initial formulation. Does the poet of witness need to have direct experience of the events in question, as seems to be the case with “The Colonel,” or can witnessing take place at a distance, so to speak? Some of the most powerful poetry of witness—Charles Reznikoff’s “Testimony,” for example, or the pages devoted to the Armenian genocide in Les Murray’s “Fredy Neptune,” neither of which appear in this volume—does not rely on having been present at the events in question. And what, exactly, is an “event”? Is there a common scale of experience between a solitary death, a protracted civil war, and a genocide?

I must say that this passage, together with others in the article, struck me as having a surprisingly catty undertone. Criticism of Forché’s work is certainly valuable, especially coming from such an informed source as Creswell. But my impression was that the article gave no credit to the poet’s valiant anthologies. Instead of acknowledging that Forché and Wu manage to cull a significant volume of poetry around a moving theme, Creswell nitpicks the exact boundaries of such a theme.

Articles on poetry can be tricky business, but I like reading them because they usually lead me to discovering a new poem or poet. The same is true of this article, via the following stunning quote from Wisława Szymborska’s poem “The Hunger Camp As Jaslo”:

Write it. Write. In ordinary ink
on ordinary paper: they were given no food,
they all died of hunger. “All. How many?
It’s a big meadow. How much grass
for each one?” Write: I don’t know.
History counts its skeletons in round numbers.

The accompanying photo shows Carolyn Forché at the Miami Book Fair International in 1989. It is part of the MDC Archives.