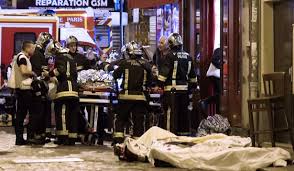 The massacres in Paris or Beirut, the stabbings and instant “justice-by-cop” in Israel, unabated slaughter in Syria or Yemen, or the crystal clear framing here in Zeteo of centuries of suffering attributable to brutal class warfare — if faced unblinkingly, all this can induce paralysis.

Then we learn, within days, that three are murdered in Colorado Springs, and fourteen in San Bernadino. Slow-burning or explosive, the catastrophes seem to go on and on. Sad to say, if there’s a tropism toward power and brutality, there’s an equally powerful one toward forgetfulness and cover-up.

What about academic and journalistic analysis that uncovers causes and sometimes justifications?  “It’s to be expected that war in the middle east will spill over into those European and American centers that have so recently stirred up trouble.” Or, “The will to power, and the wedding of wealth and 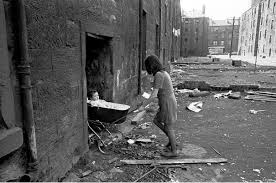 power, insures increasing global immiseration.” However analytically convincing and correct these accounts may be, do they bring hope, or serve only as post-mortems?

In his concise and devastating account of class warfare, William Eaton notices a moment when class war in the States was slightly mitigated, perhaps opening a hope beyond paralysis.

FDR and his gang responded to the Great Depression by convincing the major stakeholders that they were only going to recover their lost wealth and get their businesses started again if consumers had more money to buy, buy, buy (and greater security for their savings, etc.), and this led to a temporary reduction in economic inequality.

Perhaps there’s hope in the fact that Bill Gates will try to jump-start good things with his billions, as will the billionaire owners of Facebook. 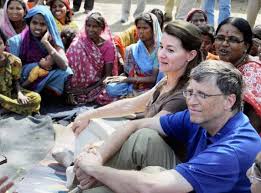 This is apparently more on their parts than singing in the rain.

There is radical hope in the fact that the rock band Eagles of Death Metal vows to play again at the Bataclan. Hear and watch their emotionally raw and moving extended post-massacre interview (cited below). It’s a series of most articulate and gripping first-hand accounts of the chaos and blood. Having been caught in the cross-fire, they are heard both bearing witness to the dead, and encouraging the living to live. This is heartwrenching.

From outside catastrophe, away from headlined global or national brutalities, there can be small scale, unheralded incidents where a fragile public good is maintained without fanfare. In the midst of catastrophes little things matter even more.

Is there a tropism toward community as well as one toward brutality?

Tuesday night, returning home from inland Maine the Interstate warning signs began to flash for no apparent reason. They advised  a drop from 70mph to a meager 45. No one paid heed. What was first a light rain in near freezing temperatures

began to seem a bit forbidding.

Then in the dark to the left, passing quickly in and out of view, a grotesquely jackknifed big rig, tossed haphazardly and left crippled in the grassy median dip between South- and Northbound; a sight that at high speed lasted only an instant.

The thread of brake lights ahead slowed to a crawl, as I did, and a coverlet of slush caught my beams. A three hour creep through darkness began.

Next morning, home safely, it occurred to me that a spontaneous buddy-system had formed in that crawl. It was no longer a free-for-all of cars competing to get home first. All parties had agreed, without even a thought, to drop speed radically to the 20s and resist any impulse to showboat, test the conditions, or just plow recklessly ahead.

There was no will-to-power operating. As if by design, there were only winners. Even the tough-guy over-sized pickups made common cause, dropping quietly into the single line.

No one went a sliver faster than the stretched out pack. There was safety in cooperation. Here was an unintentional community of mutual assistance – a spontaneous buddy-system among strangers. For those hours there was an escape from the morale-shattering paralysis of doom.

I have not a clue how this little moment of unspoken solidarity might inform strategy or tactics in derailing truly momentous disasters. Perhaps there’s no practical “take away” from this alliance of strangers against destructive folly.

No doubt there are tropisms toward community as well as tropisms toward violence. These primal opposites may lack any law of balance or thermostatic control through which operators could ratchet down human-caused catastrophe. Perhaps it’s up to the gods, or rooted in a dark battle between Eros and Thanatos. I’ll leave that discussion to the philosophers.

At the least, paralysis is abated in recurrent unheralded and heralded moments of spontaneous goodwill whether anonymously on public roads, in acts of heroism in the midst of disaster, or in small-scale familial and neighborly embraces — not to mention, finding poems or sea breezes.

Credits: William Eaton, “Paris, Terrorism, Religion, Justice,” Zeteo, 11.14.2015; Eagles of Death Metal: scroll down at the following site for the videoed interview of half-a-dozen men who live through on camera what it’s like to be in the cross-fire of a massacre — the pain of survival as well as grief for those killed:  http://andrewjbrown.blogspot.com/2015/11/in-praise-of-eagles-of-death-metal-and.html?utm_source=feedburner&utm_medium=email&utm_campaign=Feed%3A+blogspot%2Fuevrn+%28CAUTE%29; and Thanks to Google Images.