A colleague has written a nice review of The Tragedy of Fatherhood: King Laius and the Politics of Paternity in the West. The 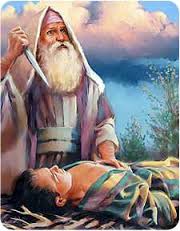 book pursues the thesis that the role of fatherhood is a central trope in Western Political Philosophy.

The author of The Tragedy of Fatherhood, Silke-Maria Weineck, traces that theme through all the greats: Biblical fathers and prophets, Sophocles, Plato, Aristotle, Hobbes, Lessing, Kleist, Freud.

Yet the reviewer of this book on fatherhood ends on a quizzical note. He writes that there is

a question that Weineck does not answer (mainly because it has no philosophical answer): What does it mean to be a father?

Of course there’s nothing the matter with raising the question “What is a father?” even if there is no single philosophical answer. Questions can exceed answers.

I can ask myself if you are a friend, which would require me to think philosophically about “What is a friend?” — even though there are

numerous definitions of “friend,” and so no single answer.

I might also review the tenor and pace of my relationship to see if it “seemed” like you are a friend. I might fail to find a convincing answer.

What bothers me is my reviewer-friend’s assumption that there is no philosophical answer to the question “What is a father?”

One answer is to point to the Abraham birthing multitudes in this marvelous image to your right. (By the way, the four women are four rivers, and the Latin inscription under his feet reads “The just will be in the bosom of Abraham, father of all believers.“)

Another answer to the question “What is a father?” is given in the first image up above. There we have father Abraham sacrificing the single source of the multitudes that he’d been promised.  Well, is father Abraham plentifully with child or is he on the edge of child disposal?  He’s both, of course, however different the images turn out to be. And no doubt still more accounts of his “fatherhood” could be produced.

Must all philosophical questions have direct, simple, single answers?  What about the joys and lessons of pursuits that turn up empty-handed? And why isn’t an historical survey of different answers to the question “What is a father?” the most useful way to answer the question? (We want reality to be simple and single and unchanging.)

There is no rigorous definition of rigor

It’s quite natural, when asking about friendship, love, fatherhood, motherhood, nationhood, poets, priests, and so forth to trace an historical trajectory that provides several overlapping and perhaps contending answers.

Only a person who divorces truth

from history and cultural context, who seeks a kind of purity, a timeless essence, would believe that a multiplicity of answers over time means there’s no answer.

Set aside gathering answers over time. Sometimes we don’t want an answer to a conceptual question (What is a father?)  but an answer to the question, “What am I confronting here-and-now?” Do we have a single answer to what good and evil is enacted simultaneously in this shocking portrait by Jacopo Amigoni? Contending answers are still answers.

I see a connection between this question, “What is fatherhood?”, and the question Walter Cummins asks a few days ago, “What is creation?” (Zeteo, 10.29.2015, Bible / Translation / Kushner / Genesis).

The opening of Genesis in the King James translation, declares that “In the beginning God created . . .” The picture seems to include a pervasive timelessness; a divine interruption of that timelessness as an episode of creation begins; and an outcome in the appearance of discrete created items.

to know creation is to know its history, epoch to epoch, year to year

Now if we take Robert Alter’s translation from the Hebrew, we have “When God began to create . . .” This is a very different picture. God is in time doing things, or lolling. His activity and rest open backward through a receding past. Then, for whatever reason, God turns from previous activity or inactivity to begin creating earth and sky and endless other things.

If creation is ongoing through time, then to know creation is to know its history, epoch to epoch, year to year. It is to know a temporal unfolding rather than a snapshot that freezes time.

Perhaps not only heaven and earth, but, our written accounts of this process, are continually being created and recreated, even today and tomorrow, through multiple readings and misreadings.

Like heaven and earth the Hebrew Bible should not be considered “created” but rather a document once and forever being created. 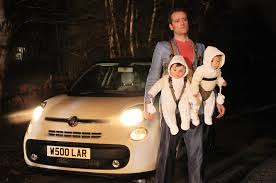 We are creatures inescapably caught up in questions about fatherhood, friendship, and even cruelty (to give a very short list). Compare “fatherhood” in the image to your right to the fatherhood instanced by either of the two Abrahams we’ve met.

These themes or concepts aren’t shaped once for all, but rather threads, themes, configurations, constellations, once and forever “being created,” forever unfolding.

This means that they are constituted by their history, and that answers (and there are plenty) are historical – which is no defect at all.

Citations: Silke-Maria Weineck. The Tragedy of Fatherhood: King Laius and the Politics of Paternity in the West. New York: Bloomsbury 2014. Reviewed by Jeremy Bernstein, Studies in Romanticism, Fall, 2015. Michael Bachem for translation of the Latin inscription under the second Abraham image, The bosom of Abraham, a 12th century medieval illustration from the Hortus deliciarum of Herrad of Landsberg. Walter Cummins, “Bible / Translation / Kushner / Genesis,” Zeteo, 10.29.2015. Robert Alter, Genesis: Translation and Commentary, W.W. Norton, 1997. The portrait of Jael nailing Sisera (Judges: 4:21) is Jacopo Amigoni’s. Thanks to William Eaton for Morris Klein’s “There is no rigorous definition of rigor,” Zeteo, 04.27.2014. The plentiful Abraham is from Google Images, as are the remaining images.